The Indian hockey team needed to defeat Indonesia 15-0 to qualify for the Super 4s stage, but they ended up beating their rivals 16-0. Their splendid win against Indonesia helped Team India secure a place in the Super 4s stage. Their victory also knocked Pakistan out of the competition. 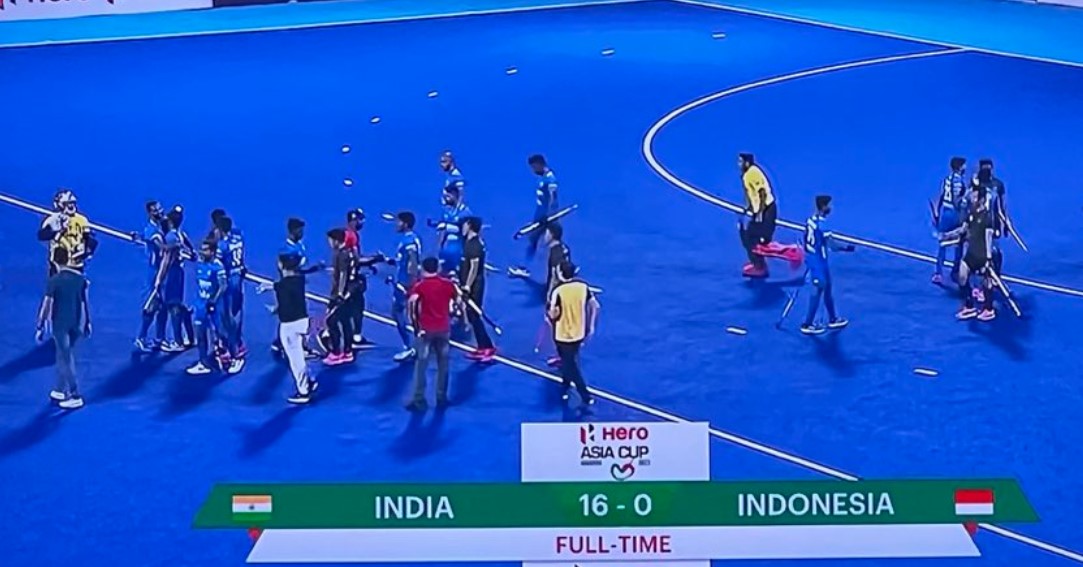 The news of India pulling off a spectacular win in the Asia Cup hockey stunned hockey fans. This is how they reacted;

India needed a goal difference of 15 goals to knock Pakistan out of #AsiaCupHockey2022 and we won 16-0 against hosts Indonesia. Unbelievable victory but I can’t control my laughter 🤣🇮🇳🔥

India beats Indonesia 16-0 and qualifies for the Super 4s #AsiaCupHockey2022. This means that Japan, S. Korea & Malaysia qualify for the FIH World Cup 2023. India qualify as hosts. Pakistan OUT of the 2023 Hockey World Cup

Before the match, India needed to win with 15 goals difference to qualify.

Heartiest congratulations to the #TeamIndia for defeating Indonesia by 16-0 & qualifying for the super 4s of the #HeroAsiaCup2022.

You dominated all the spheres of the game. It was a divine performance.

My best wishes for your upcoming endeavours. https://t.co/1IkxdVUgUY

India will now lock horns with Japan in their Super 4s match on 28 May at 5 PM India time. The match will be telecast live on Star Sports Select 2 SD + HD and Disney + Hotstar.