Maj Gen (Retd) GD Bakshi has found himself in the line of fire after a video of calling a panelist ‘Maadarc***’ on Arnab Goswami’s TV channel went viral. The latest episode of shenanigans on Goswami’s TV has surfaced weeks after TV actress Kavita Kaushik and Saif Ali Khan’s co-star Kubbra Sait slammed the Republic TV founder for his recent coverage attempting to communalise the Palghar lynchings. 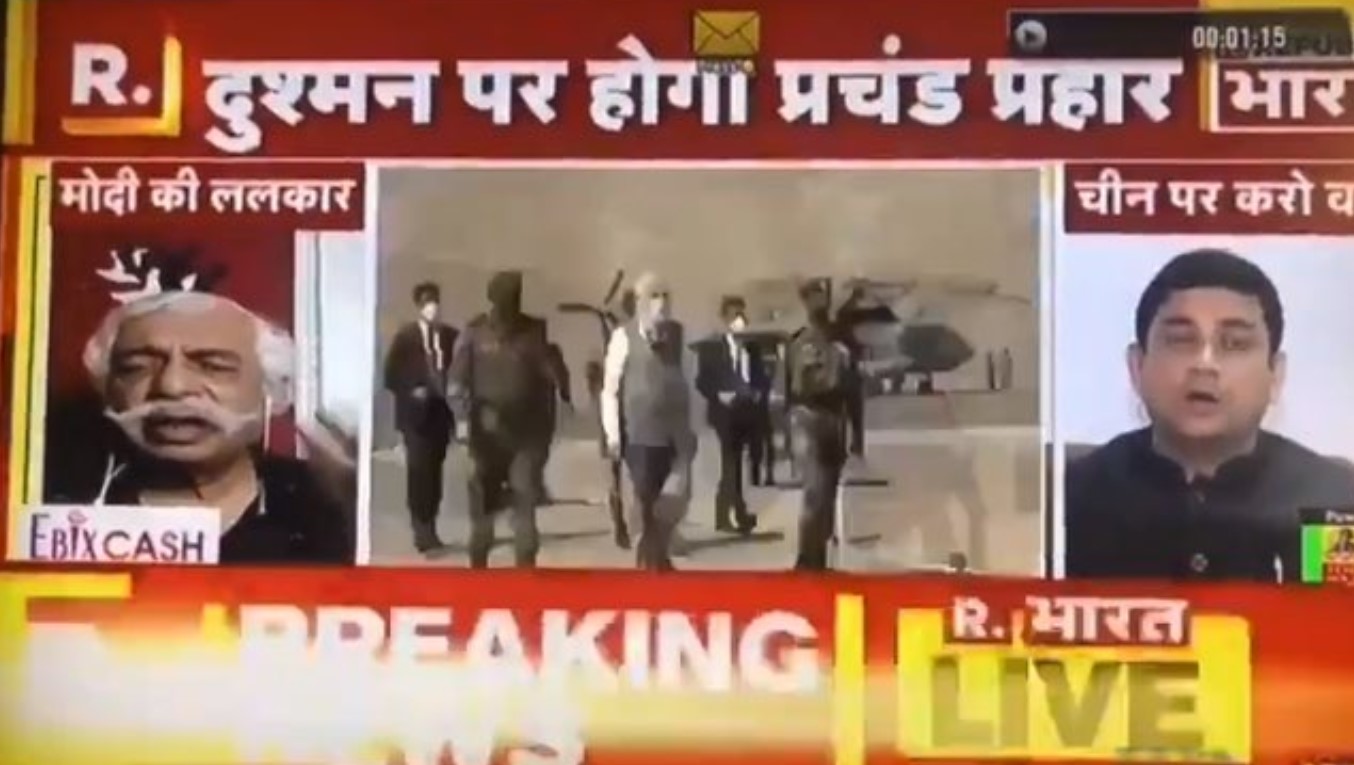 Journalist Ajit Anjum shared the view with a caption that read, “Speechless… Every day media is achieving new feat. After listening to the last three seconds, I felt ‘what’s left now?’ We’ve stooped this low.”

Lawyer Dushyant wrote, “Is Republic TV the first channel to officially have a panelist say M****C****? who else but @GeneralBakshi bringing great honour to the army.”

Is Republic TV the first channel to officially have a panelist say M****C****? who else but @GeneralBakshi bringing great honour to the army.

PM Modi was in Ladakh on Friday to meet Indian army personnel, injured during the 14 June skirmishes that saw the killings of 20 Indian soldiers including one colonel rank officer.

Arnab Goswami and his TV channels have become a topic of constant ridicule in recent weeks particularly after several criminal cases were filed against him. Earlier, several celebrities including FIR actress Kavita Kaushik, filmmaker Anubhav Sinha and actress Kubbra Sait had slammed Goswami for his shenanigans in the recent days leading to his interrogation by the Mumbai Police.