The Indian Army has issued an extraordinary clarification after many accused Prime Minister Narendra Modi of staging his visit to an army hospital in Ladakh on Friday. Congress party supporters had said that a conference room was converted to look like a hospital for the prime minister’s photo opportunity. 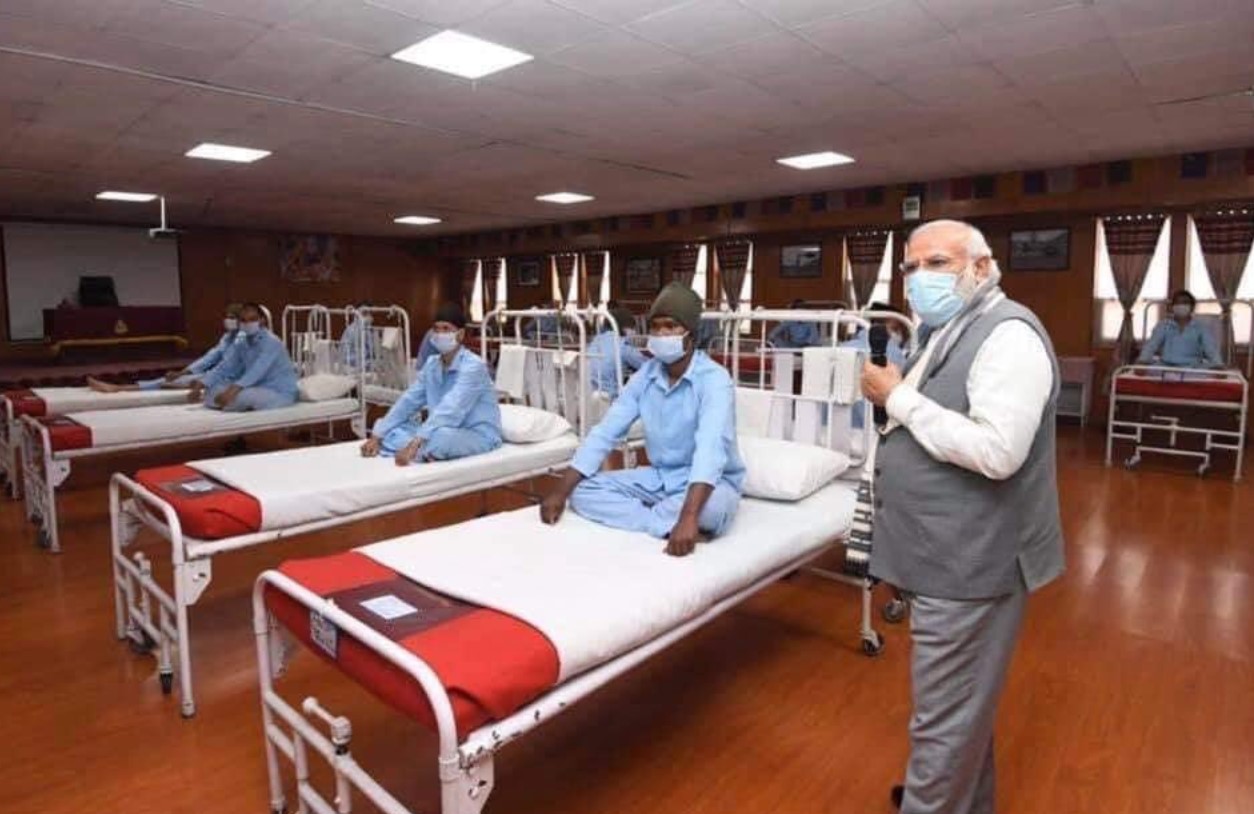 Reacting to allegations on social media, the India army said, “There have been malicious and unsubstantiated accusations in some quarters regarding the status of the facility visited by the Prime Minister Shri Narendra Modi during his visit to the General Hospital at Leh on July 03, 2020.”

It continued, “It is unfortunate that aspersions are being cast on how our brave Armed Forces are treated. The Armed Forces give the best possible treatment to their personnel. It is clarified that the said facility is part of the Crisis Expansion capacity of 100 beds and is very much part of the General Hospital complex.”

The army said that the prevalent ‘COVID-19 protocol had necessitated some wards of the General Hospital to be converted into isolation facilities.’ “Hence, this hall which otherwise was normally used as a Training Audio Video Hall was converted into a ward ever since the hospital was also designated as COVID treatment hospital,” a statement by the army said.

According to the Indian army, soldiers seen in the photos with PM Modi were those, who sustained injuries during the skirmishes at the LAC on 14 June. At least 20 Indian soldiers including a colonel rank officer were killed by the Chinese army.

Interacting with our brave Jawans, who do everything to protect our nation. https://t.co/704f7Q9Fu4

The Chief of Army Staff General MM Naravane and the Army Commander have also visited the injured braves in the same location. The Indian army had indeed tweeted the photos of General Naravane’s visit to the same make-shift hospital on 23 June, long before PM Modi’s visit on Friday.

Prime Minister had applauded the bravery of the Indian soldiers during his visit to Ladakh on Friday.