IAS topper Tina Dabi has long dominated conversations on social media ever since she secured the All India number one position in the UPSC exams in 2016. This led to her phenomenal popularity on Instagram, where she has become the most followed civil servant in India. However, it seems she now faces tough competition from younger sister Ria Dabi, who too stunned everyone last year by securing All India number 15 ranking in the civil services exams. Ria has amassed close to 300,000 followers on Instagram in a considerably short time and has left her fans smitten by her beauty coupled with simplicity. 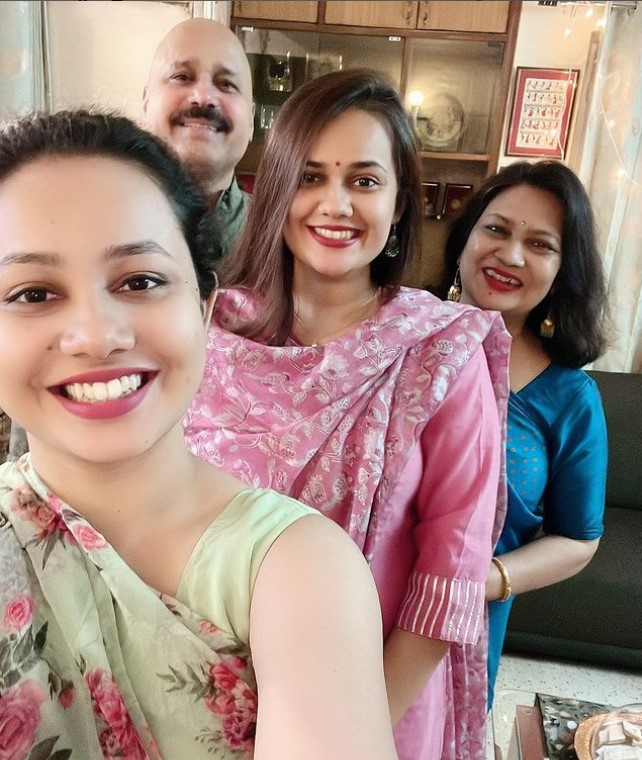 Spellbound by her beauty, Ria’s fans are now thronging to every single social media post of her by showering red heart emojis.

Ria is currently undergoing her IAS training at Lal Bahadur Shastri National Academy Of Administration in Mussoorie in Uttarakhand. In one of recent posts, the affable young IAS officer wrote, “One week of FC and lots of memories! ”

No sooner did she post her photo attired in traditional ethnic Indian attire, her fans began to appreciate her beauty. One wrote, “So beautiful.” “OMG first like,” commented another fan.

In another post, Ria shared her photo dressed in a red top and blue denim jeans. Her photo carried an emoji of a red balloon.

As expected, her fans once again went into a frenzy as one wrote, “My inspiration.” “So beautiful Ria mam,” wrote another fan. Another fan commented, “Like flying red balloon mam.”

Both Tina and Ria are very close to each other. Soon after Ria’s UPSC success, Tina had taken to Instagram to write, “Verified
I am delighted to share that my younger sister Ria Dabi @ria.dabi has got rank 15 in UPSC 2020 exam ????”

Even while wishing Diwali to everyone, Tina had chosen to share a photo of herself with sister Ria. Her caption had read, “Wishing everyone a very Happy Diwali ????”

Tina had married Athar Aamir Khan from Jammu and Kashmir but the couple split through a mutual divorce last year. While IAS topper Athar, who secured All India number two ranking in 2016, is now posted in home state of Jammu and Kashmir, Tina is based in Jaipur.