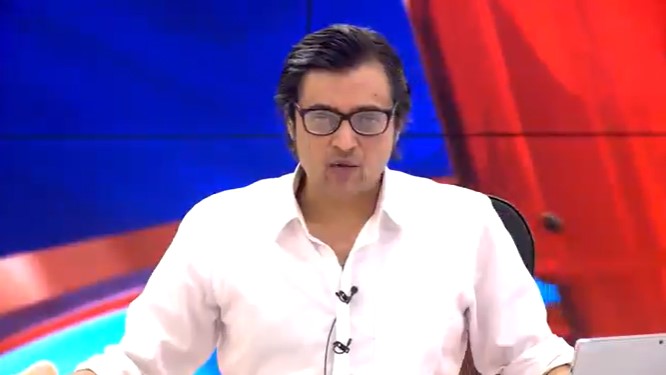 Speaking to India Today, Singh said, “Everyone has the right to take legal action. What can I say about this? That’s his right. Let him do it.”

Reacting to Singh’s extraordinary press conference on Thursday, Goswami had issued a statement alleging vendetta by the Mumbai Police. He had said that Republic TV will file a criminal defamation case against the Mumbai Police Commissioner, claiming that BARC, teh agency responsible for measuring TRP data, had not named Republic TV in a single complaint.

Later in the evening, Goswami had claimed on his TV that Singh was attempting to malign him because of his channel’s coverage against the Mumbai Police in the Sushant Singh Rajput’s death case. Singh said that Goswami’s allegations were laughable, adding that the whole country knew ‘who was doing the agenda-driven journalism.’

Singh, in his press conference, had said that the Mumbai Police had already arrested the owners of two TV channels for their involvement in the TRP scam. In response to a question on why similar coercive action was not taken against Republic TV or its founder, Singh said, “We had direct evidence against them (the arrested owners of two Marathi channels). When the organisation is big, we have to find out who exactly was directly involved and who all benefited and how much. Whoever is responsible, we will call them for interrogation.”

Goswami had later claimed that the FIR registered by the Mumbai Police had not named his TV channel. This prompted the Mumbai Police to issue a clarification stating that the names of Republic and the other two channels, Fakt Marathi and Box Cinema, had come up during interrogation of the suspects in the case. According to Indian Express, a senior police official said that the FIR was only the beginning of the investigation.

Meanwhile, Goswami has received plenty of support from top BJP leaders. BJP President JP Nadda tweeted, “Shooting the messenger is an art the Congress, their allies and eco-system have mastered. They’ve been unapologetic about it since the Emergency. Their assaults on @republic and trampling over media freedom will never be tolerated by the people of India.”

Information and Broadcasting Minister Prakash Javdekar wrote, “Free press is a defining feature of our democracy and a cherished ideal of the Constitution. Trampling on media freedom will not be tolerated by people of India. Targeting of the media by #Congress and its allies is against all principles of democracy and is unacceptable.”