India on Sunday thrashed Pakistan by 8 wickets in their T20 match of the Commonwealth Games, played at the Edgbaston Cricket Ground. Batting first, Pakistan were bowled out for 99 runs. India achieved the target by losing just two wickets and more than six overs to spare. Smriti Mandhana, who played the match-winning knock of 63 from 42 balls, later told Janta Ka Reporter that Pakistani skipper Bismah Maroof inspired her. 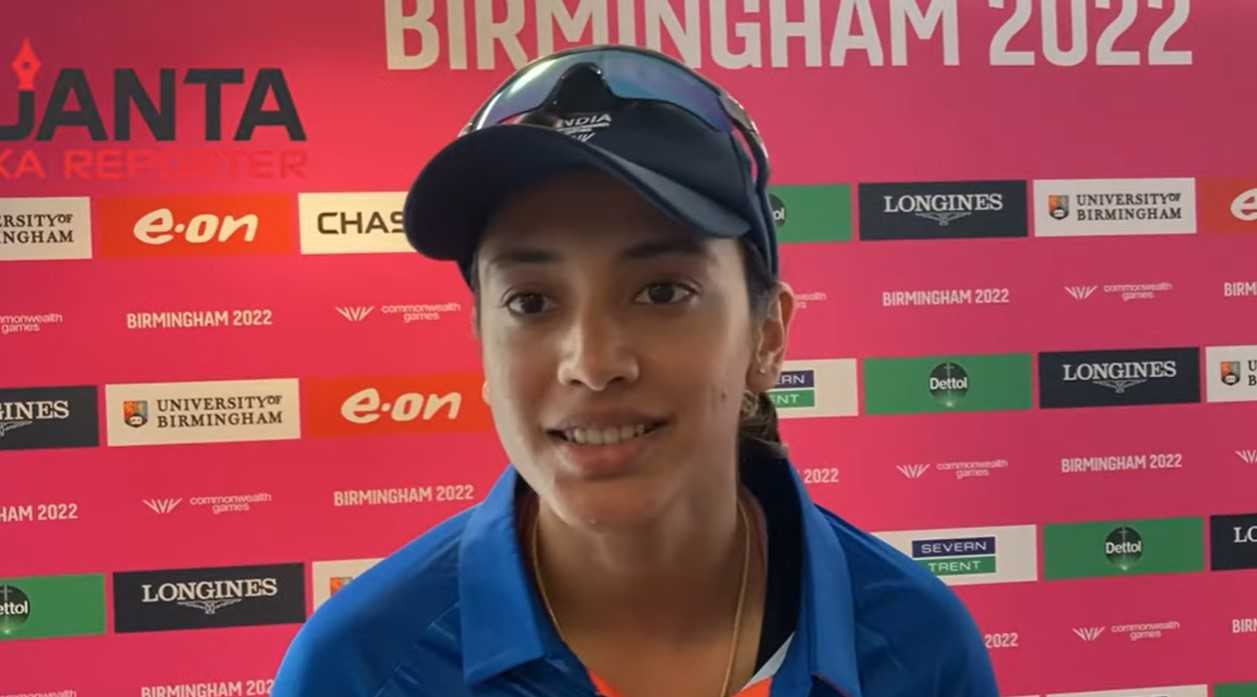 Mandhana and her teammates were seen playing with Maroof’s baby daughter during the last T20 World Cup in New Zealand this year. The video of Indian players playing with the newborn baby of Pakistani skipper had gone viral on social media. Indian players had earned plaudits for their gesture amidst tension between the two countries at the border.

Recalling that episode, Mandhana said, “For us, it was very inspiring as a girl that one of our fellow cricketers came and played cricket immediately after pregnancy. That was very motivating for all of us.”

Mandhana said that everyone in the Indian camp was happy for Bismah Maroof. “We were very keen to know how she (Bismah Maroof) managed to return to professional cricket so soon after pregnancy. Leaving the borders aside, as a girl, I felt really proud of her,” the Indian batting star said.

This time, however, Indian players have not been able to meet Maroof’s daughter, Fatima. Mandhana said that she looked forward to meeting the baby soon.

Mandhana urged Indians to continue supporting India so that players are able to win the Gold medal for the country.