Aamir Khan’s Laal Singh Chaddha has beaten Akshay Kumar-starrer Raksha Bandhan at the box office collection on the first day of its release. The development came amidst call for a boycott of Aamir’s film for his past comments on the growing religious intolerance in India under the government headed by Prime Minister Narendra Modi. 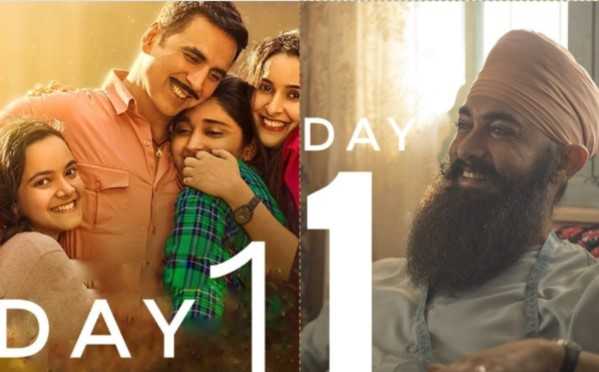 However, Aamir’s film collected more than Rs. 12 crore on the first day of its release.

“#LaalSinghChaddha is shockingly low on Day 1… The dull start has added to the woes of an ailing industry… Better at premium multiplexes, but mass circuits are weak… Needs to score big numbers from Fri-Sun to salvage the situation… Thu ₹ 12 cr. #India biz. *ALL* VERSIONS,” Adarsh wrote in his subsequent tweet.

Laal Singh Chadha is a remake of Hollywood classic, Forrest Gump. The film has been directed by Advait Chandan with a screenplay done by Eric Roth and Atul Kulkarni.

As for Akshay, his last film, Prithviraj, had bombed at the box office. The actor desperately needs a hit under his belt to keep himself relevant in the Hindi film industry. The weekend performance of both the film will indicate whether they stand any chance of recovering from the loss.