Karnataka IPS officer D Roopa was missing in action when hashtag #SareeTwitter took social media by storm earlier this week. The popular IPS officer soon announced that she too could not remain unscathed by the frenzy of the #SareeTwitter campaign. 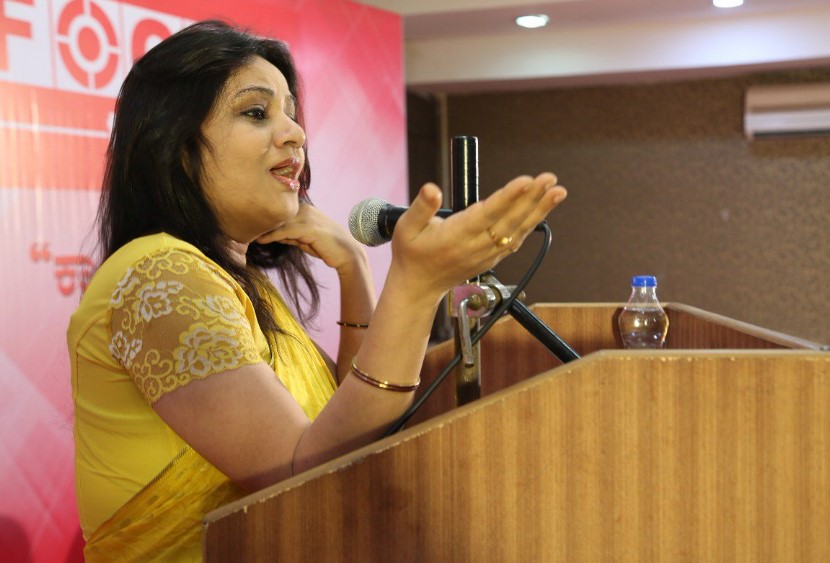 Taking to Twitter, Roopa wrote, “Joining the bandwagon, delayed though.. #SareeTwitter Saree, the elegant national dress.” She also shared a photo of herself attired in the ethnic Indian attire for women.

Her photo in a saree went viral in no time with her social media post receiving hundreds of shares and thousands of likes. Her followers on Twitter clearly appeared to be smitten by her beauty. One wrote, “Pretty Pretty Sweet & Elegant!” Another commented, “A thing of beauty is a joy forever – John Keats…Wow. Gorgeous Madam.” “You are always looks awesome in Sarees..” wrote another user, who also shared one of Roopa’s photo with Tamil superstar Kamal Haasan.

Earlier this week, Congress General Secretary Priyanka Gandhi Vadra too had joined the #SareeTwitter campaign by sharing a throwback photo of her on Twitter.

She had clicked a selfie with the controversial BJP leader at a conclave, organised by Times Now in Bengaluru on Saturday. Roopa wrote, “The versatile person without whose complaint, probably, the lady (who enjoyed perks and privileges in Bengaluru prison as exposed by me) wouldn’t have landed in prison in the first place. Sir, u inspire!”