Kareena Kapoor Khan has sensationally removed one of her photos from the social media platform Instagram soon after Shahid Kapoor’s brother Ishaan Khattar made quirky comments invoking a popular line from a song featuring Shammi Kapoor and Vyjayanthimala. 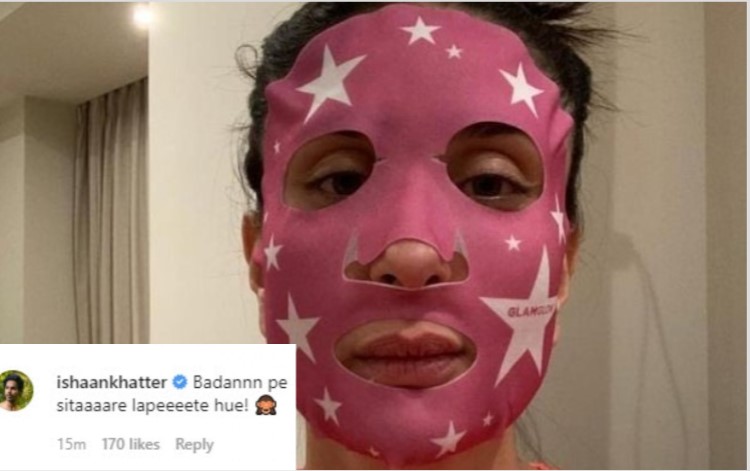 Kareena, who made her debut on Instagram only a few days ago, had shared a photo of her with her face covered with a starry mask. While sharing the photo, Kareena wrote, “Such a star… I mean the mask.” Her post evoked plenty of reactions with several big Bollywood names posting comments on her photo. But the most notable comment came from Ishaan Khattar, half-brother of Kareena’s ex-boyfriend Shahid Kapoor. Ishaan borrowed a line from a famous song from film Prince featuring Shammi Kapoor and Vyjayanthimala as he wrote, “Badannn pe sitaaaare lapeeeete hue! (With stars wrapped around your body)”

Ishaan’s comments led many to conclude that Shahid and Kareena were burying their differences after their split several years ago. However, this assertion was short-lived as Kareena decided to delete her photo within hours of the quirky comments by Ishaan. She replaced that photo with a slo-mo video of her walk in a police uniform as she wrote, “Oh how I love slo mo shots… captured by the mad.”