Janta Ka Reporter 2.0
Home Entertainment “What happened to you was their Karma. Not yours”: Karan Johar attacked...

Karan Johar is facing a brutal attack on social media after filmmaker Shekhar Kapur dropped a bombshell implying that Sushant Singh Rajput may have been forced to end his life by certain individuals in Bollywood. Reacting to the 34-year-old actor’s suicide, Kapur said that what happened to Sushant was the karma of those who may have pushed him to commit suicide. 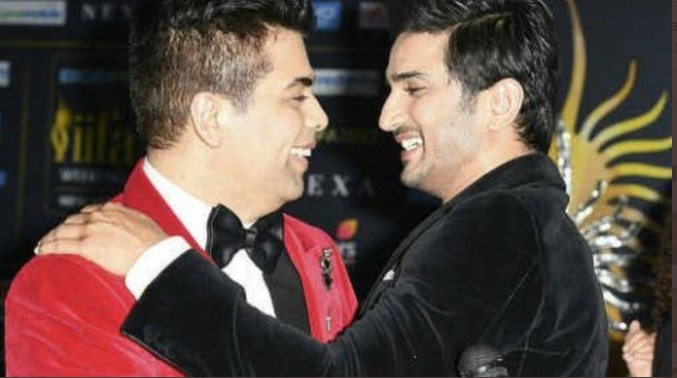 Kapur wrote on Twitter, “I knew the pain you were going through. I knew the story of the people that let you down so bad that you would weep on my shoulder. I wish Iwas around the last 6 months. I wish you had reached out to me. What happened to you was their Karma. Not yours.”

I knew the pain you were going through. I knew the story of the people that let you down so bad that you would weep on my shoulder. I wish Iwas around the last 6 months. I wish you had reached out to me. What happened to you was their Karma. Not yours. #SushantSinghRajput

Although Kapur did not name any individual, many began to troll Karan Johar for allegedly running a ‘nepotism gang,’ which may have played a role in Sushant’s death.

#karan the father of nepotism karma.

Karan Johar had written a heartwrenching note after Sushant’s death saying that he blamed himself for not being in touch with him for the past year. He had written, “I have felt at times like you may have needed people to share your life with…but somehow I never followed up on that feeling…will never make that mistake again…we live in very energetic and noisy but still very isolated times …some of us succumb to these silences and go within…we need to not just make relationships but also constantly nurture them….Sushants unfortunate demise has been a huge wake up call to me …to my level of compassion and to my ability to foster and protect my equations…..I hope this resonates with all of you as well….will miss your infectious smile and your bear hug.”

Many took to Twitter to allege that Karan and Alia had once made fun of Sushant on the Koffee With Karan.

#KaranJohar stop being a hypocrite. #SushantSinghRajput was the most underrated actor of Bollywood. Instead of appreciating his talent all you did was asking stupid questions like, ‘choose who u wanna marry, kill or date!! Varun, Siddharth or sushant?’ pic.twitter.com/iC6P3Uzeq3

Sushant’s intelligence level was more than both karan johar and alia bhat combined.
Karan Johar = Temple Of Nepotism, and all the so called Kapoor’s and Bhatt’s are his followers.
Lost A Gem Because Of This Fakeism. @aliaa08 #KaranJohar

We only work with stars and can’t work with #SushantSinghRajput : #KaranJohar.What the fuck.And now karan johar is sharing the fucking condolences to Sushant’s well wisher.Mukesh bhatt was right he saw this coming as he knows how Bollywood works.They only works with star. pic.twitter.com/6WIMi3UXlm

According to our sources #Dharma #SajidNadiadwala #YRF #TSeries #SalmanKhan #DineshVijan #Balaji have banned #sushantsinghRajput! So now he can do web series or TV serials only. Superb!!

He’s survived by his father and three sisters. Sushant had lost his mother way back in 2002.