Several celebrities from the world of sports and entertainment in India on Friday took to their social media pages to greet their fans on the occasion of Eid, which culminates the month-long fasting of the Holy month of Ramadan. They included Indian Idol judge Neha Kakkar, Raveena Tandon, Shahid Kapoor, his wife Mira Rajput and Shah Rukh Khan among others. But it was Sanjana Ganesan, the wife of Indian fast bowler Jasprit Bumrah, who decided to share a verse from the Holy Quran to wish her fans ‘Eid Mubarak.’ 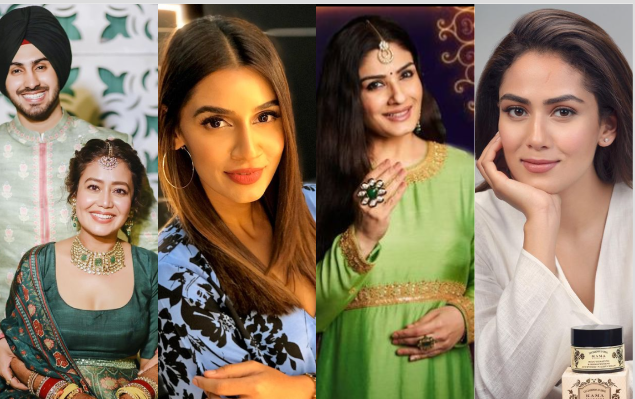 Sharing an adorable photo of herself, Raveena Tandon wrote, “Prayers and wishes to all celebrating Eid ! all over the world! Peace and forgiveness..”

Shahid Kapoor’s wife Mira Rajpoot shared one of her stunning photos as she wrote, “Eid Mubarak.”

Not to be left far behind, Shahid Kapoor too shared his image with Eid greetings as he wrote, “Eid Mubarak ???? Mubarak ????.”

Sanjana Ganesan, the wife of Indian fast bowler, Jasprit Bumrah, took to Instagram to quote a verse from the Holy Quran to write, “… And he is with you, wherever you are.” 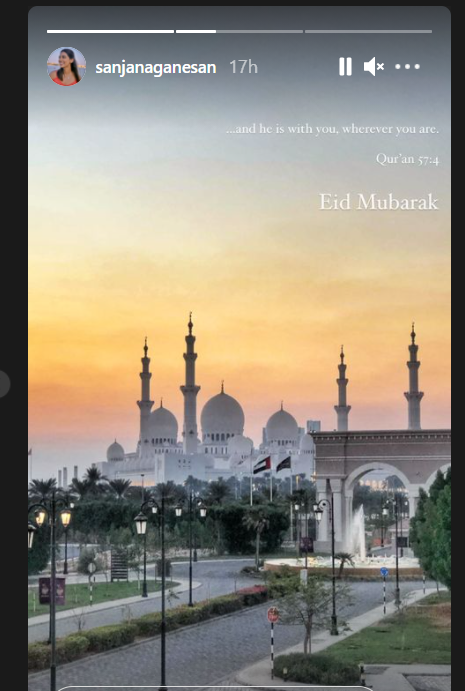 Also wishing their fans on the occasion of Eid were Shah Rukh Khan, Sonakshi Sinha and Katrina Kaif among others. Shah Rukh wrote, ” Eid Mubarak to everyone around the world. May Allah shower each one of us with health & give us strength & means to be compassionate to all those who need our help in our country, India. As always together we will conquer all! Lov U.”

Salman Khan, whose film Radhe was released on Eid, wrote, “Wishing ev1 a v Happy Eid. Thank u all for the wonderful return gift by making Radhe the most watched film on day 1. The film industry would not survive without your love n support. Thank u.”