A soon-to-be neighbour of Ishaa Ambani, Shahid Kapoor’s wife Mira Rajput shut up her trolls, who indulged in body-shaming after she shared a photo of her with ‘unusual feet’ in an Instagram post. This was after Mira shared a photo of herself with her son Zain on Instagram. While sharing the photo, Mira had written, “Getting used to taking pictures with a shy photo-bomber ☀️ #mamalove #whereszainu.” 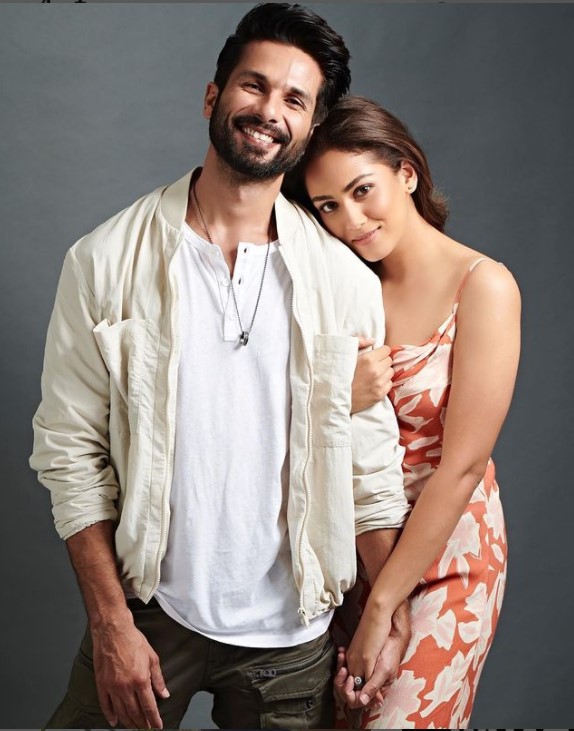 In the photo, Mira was seen posing for the camera in a light blue jumpsuit and a yellow sling bag. Zain was seen hiding behind his Mom. But what prompted her detractors to indulge in body-shaming of Mira was her unusual-looking feet. One user had written, “Feet a reality, rest is make-up.” Another had commented, “Just one Q. I understand lighting but feet looks on a diff planet.”

Days later, Mira decided to shut up her critics with a cryptic note as he decided to make a special mention for her feet. She wrote, “I would like to thank my arms for always being by my side, my legs for always supporting me, and my fingers because I can always count on them.

“And of course my feet, for always keeping me grounded.”

Mira and Shahid had bought an expensive duplex in south Mumbai, not from the official bungalow of Isha Ambani, the daughter of India’s richest businessman, Mukesh Ambani. According to some reports, the celebrity couple had reportedly paid Rs 56 crore for their new house.

Mira recently informed how they were all set to move into her new house, adding that the house move was delayed due to a prolonged period of pandemic.

Addressing her fans on Instagram, Mira asked, “Not my nightstand today..And this time asking you all for suggestions.”

She added, “We’re moving to our new home soon, and just as I thought I’ve taken all the decisions I could I realised that was just the start..

“Currently planning my kitchen and I want to make it as efficient, sturdy, neat and Masala/tadka friendly.”

In another post, Mira wrote, “Currently making lists for space allocation. Shelf space in a Bombay kitchen is more valuable than a Selfridges shelf window.”

Shahid had tied the knot to Mira in 2015 after splitting with Kareena Kapoor, who later married Saif Ali Khan. Mira gave birth to the couple’s first child, Misha, in 2016 while their son, Zain, was born in 2018.

After their move to Worli, both Shahid and Mira would become Isha Ambani’s neighbours. The billionaire daughter of Mukesh and Nita Ambani has a Rs. 450 crore bungalow in Worli.