Kim Kardashian’s appearance on the NBC chat show The Tonight with Jimmy Fallon has triggered speculations about the 41-year-old American reality TV celebrity’s health. This was after Kim revealed on the show that she had lost 21 lbs recently. The revelation left her fans worried about her health. And if this was not enough, Kim’s family has revealed that the reality TV star was struggling with her sleep. 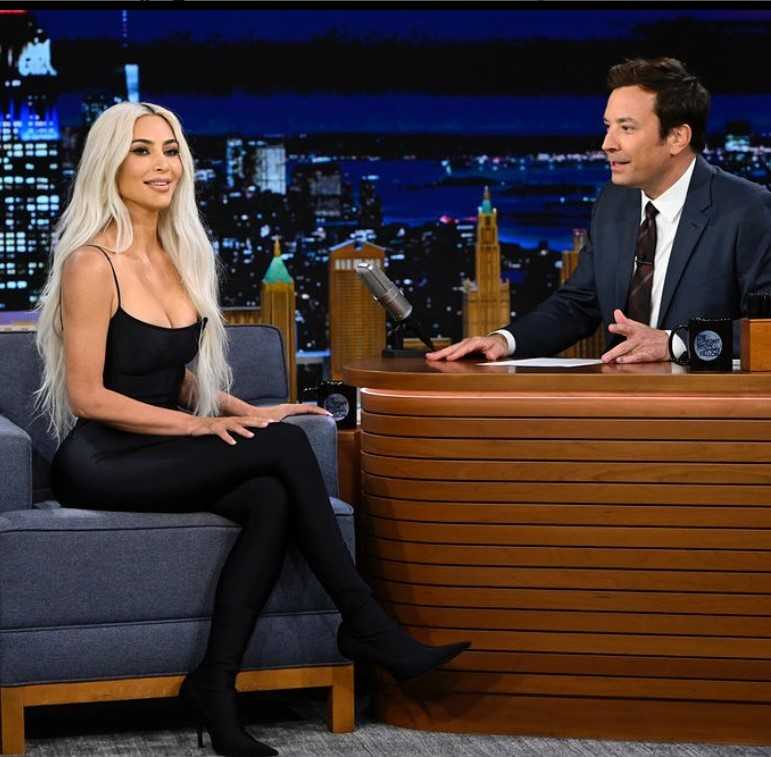 Kim told the chat show that this was ‘the skinniest she’s ever been.’

The new revelation of losing 21 lbs came just weeks after Kim said that she had lost 16 lbs to fit into Marilyn Monroe’s iconic dress for the Met Gala event.

Speaking with Vogue on the red carpet, Kim had said, “I had to lose 16 pounds to fit into it (the dress).” Kim had added that she undertook an extensive regimen of sauna suits, exercise, and food restrictions. “I didn’t starve myself, but I was so strict,” she had said.

Meanwhile, The Sun website has claimed that Kim’s family was concerned by her rapid loss of weight adding that the star was struggling with her sleep.”

“She’s the skinniest she’s ever been and barely sleeping. Her family knows that a lot of this is her rebounding from a very controlling marriage, and her determination to show Kanye how much better she is doing without him,” an insider told the website.

Fans too have begun expressing their opinion on the dramatic transformation in Kim’s appearance. One wrote angrily on Twitter, “I hate Kim Kardashian so much. Can this untalented piece of shit stop promoting unhealthy weight loss. I can’t stand this whole family. Can they just stfu and never leave their house again. What is this stupid family famous for? Kim Kardashian’s ugly sex video. I hate people.”

However, one of her fans wrote, “I think that is the best Kim Kardashian has looked in a long time. The blond hair is great and the ass is much smaller.Maybe she has lost weight Still too big but definitely an improvement.”

The Sun website quoted several fans, who looked worried by her weight loss. “Ok she is tiiiiinnnyyyyyyyy now, this is not normal,” one fan reportedly commented on Instagram. Another commented, “There’s clearly something going on with her, she’s literally skin and bone.”

According to some reports, Kim has undergone surgery to achieve dramatic weight loss. One blog specializing in surgery claimed that the reality TV star had an endoscopic sleeve, which entails a newer type of minimally invasive weight-loss procedure.