Police in Uttar Pradesh say that they have launched an investigation after a video of a man being thrashed by a group of Hindus in Ayodhya went viral. In the viral video, the man was seen kissing his wife during the Holy dip in the river Saryu. 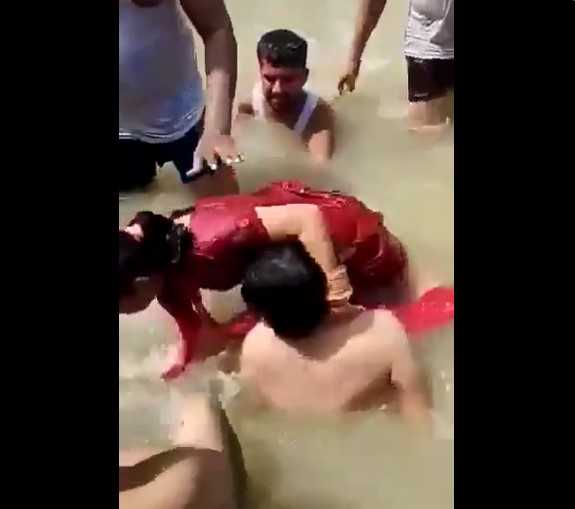 Little did the couple realise that they were being filmed. Angry Hindus took dim view of the couple’s decision to indulge in public romance aas they began to mercilessly attack the husband.

The mob dragged the husband out of water and continued to launch brutal attacks until he was taken out of the public view.

The video has since gone viral on social media evoking angry reactions from netizens, who slammed the Hindu mob.

Reacting to the viral video, the Ayodhya Police tweeted, “Inspector in charge of Police Station Kotwali Ayodhya has been directed for investigation and taking necessary legal action.”

There are no reports of any arrests in the matter.