A video of Indian Idol judge Neha Kakkar slapping TikTok star during a dance performance has gone viral on social media platforms. The video, which emerged days after Aditya Narayan announced his break from TV shows, was first shared by one of Neha’s fan pages. 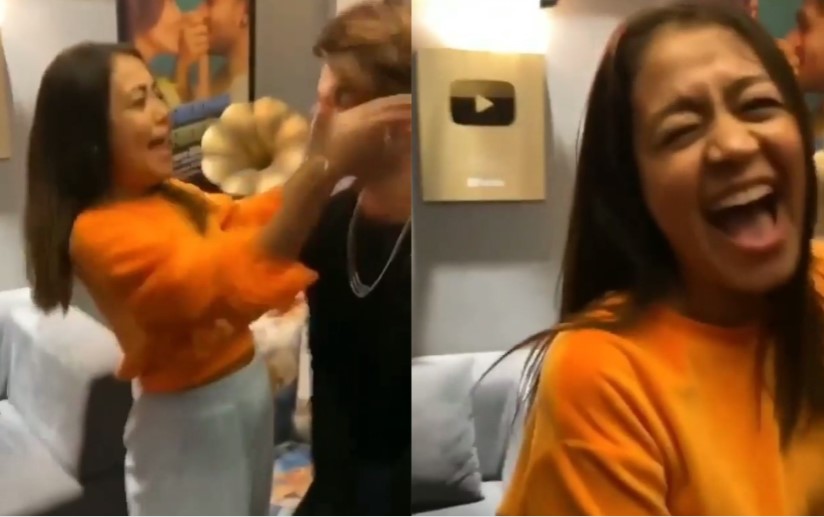 In the video, Neha is seen dancing to her latest track Goa Beach. Also joining her in the dance are TikTok celebrity Riyaz Ali and Neha’s brother Tony Kakkar. As the song starts, Neha is seen slapping Riyaz, leaving him stunned. But, he continues to dance with Neha and her brother Tony.

Interestingly, former Bigg Boss contestant Mahira Sharma could be seen in the video. Mahira had recently appeared in Tony Kakkar’s music video Baarish along with her friend Paras Chhabra.

Riyaz is a known celebrity on TikTok and also has over six million followers on Instagram. Neha was recently in the news after Indian Idol winner Sunny Hindustani revealed how the popular Bollywood singer had helped him financially to come out of poverty when he auditioned for the Sony TV’s singing reality show.

While judging the Indian Idol show, Neha’s camaraderie with Aditya Narayan became one of the most talked-about topics on social media. Aditya was frequently seen wooing Neha for marriage. Sunny Hindustani had later revealed how Neha had rejected his marriage proposals.

Neha had recently shared a photo of her new posh bungalow alongside the one-room rented flat where she lived with her family during her struggle period. Neha had recently broken her silence on the constant mocking by social media users for her emotional breakdown on LIVE TV.