Rohit Shetty on Sunday night made a sensational disclosure about Kareena Kapoor Khan during his conversation on The Kapil Sharma Show. Reacting to Karan Johar’s earlier allegations that Kareena was the gossip queen of Bollywood, the Simmba director shared his personal experience with Kapil Sharma, Akshay Kumar, Katrina Kaif, Archana Puran Singh and the comedy show’s audience, leaving everyone stunned. 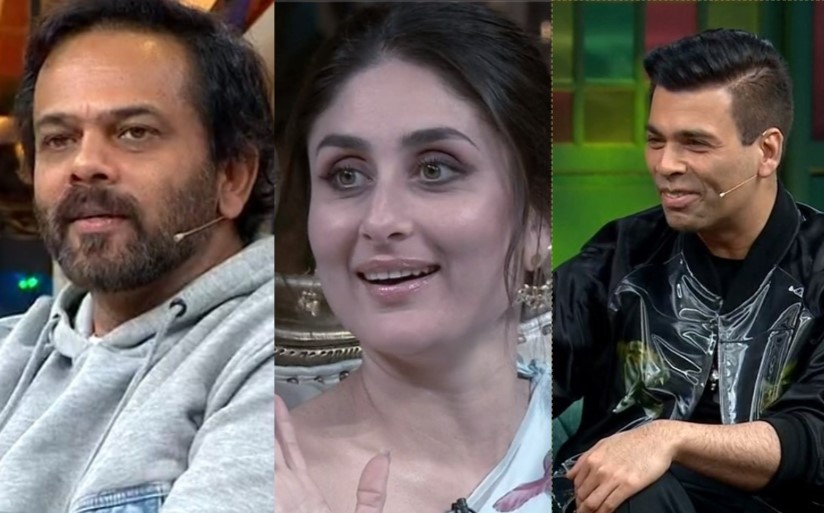 Rohit Shetty said, “But it’s correct about Kareena. I have experienced it myself. I held a meeting with Shah Rukh Khan in the night for Chennai Express. Nobody knew about it. I think only Karan (Johar) knew about it. The next morning, I went to Kareena’s house. (She said), ‘You met Shah Rukh?’ I swear.”

Karan interjected, “I feel she (Kareena) has a business of CCTV. It seems she has installed CCTV cameras in people’s houses. And she seems to have a console through which she can see what’s happening in the industry. There’s not a single information about India and the industry that doesn’t reach her house.”

In an earlier episode, Kapil Sharma had asked Kareena if indeed she was the chairperson of a gossip group in Bollywood. Kapil had also played a clip of Karan Johar from an earlier show of The Kapil Sharma Show where he had said that Kareena was the epicentre of the gossip in Bollywood. Kareena, who was beginning to get embarrassed, had said that there was no truth in Karan’s claims even though her co-star Akshay Kumar disagreed with her.

Kapil played the video of his earlier interaction with Kareena in front of Karan on Sunday night. Not only did it prompt Karan to reiterate his earlier allegations but he also found support from Rohit Shetty.

With this, now three prominent personalities of Bollywood namely Akshay Kumar, Karan Johar and Rohit Shetty have agreed that Kareena ran an impeccable communication network in Bollywood allowing her to keep herself abreast of the goings-on in the Hindi film industry.