India on Tuesday created history by winning the first-ever Gold medal at the Commonwealth Games in the women’s fours lawn bowls team event. India achieved the feat by defeating South Africa 17-10 in the final. The Indian team comprising Lovely Choubey, Rupa Rani Tirkey, Pinki and Nayanmoni Saikia created history by winning the match after first trailing in the match. 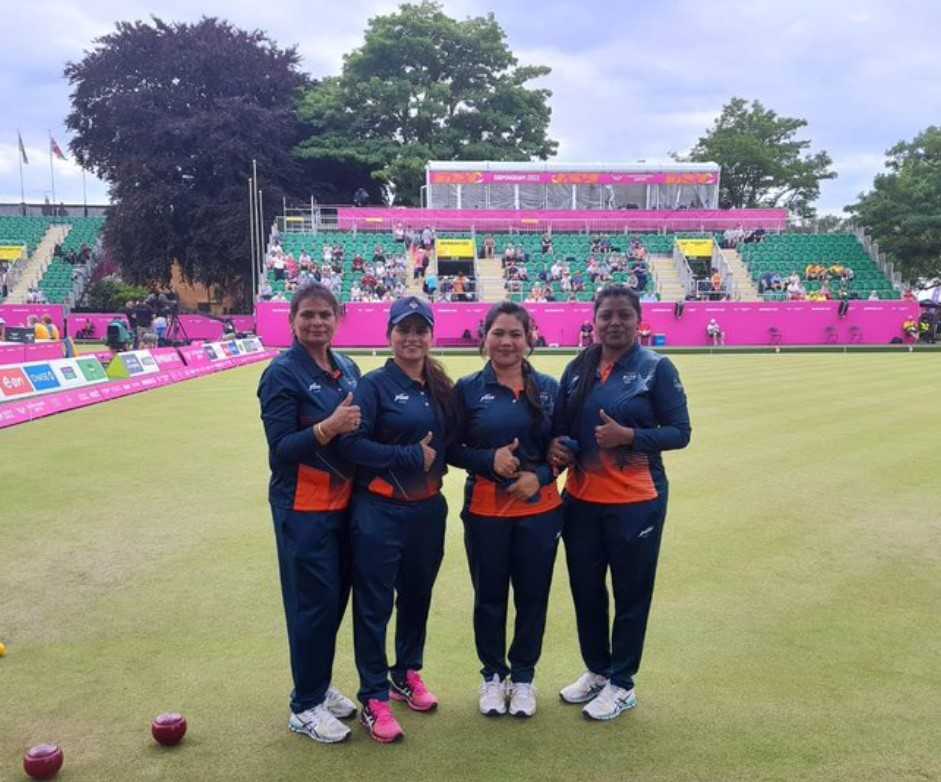 With a total of 12 medals, India are currently ranked sixth in the medals table.

Earlier, Vikas Thakur had won a Silver medal in the men’s 96kg final by lifting a combined weight of 346 kg.