There were emotional scenes at Birmingham Alexander Stadium after two of India’s big medal hopes in the discus throw, Seema Punia and Navjeet Kaur Dhillon, finished fifth and eighth respectively. Faced with disappointment, veteran discus thrower Seema was seen repeatedly hugging Navjeet to console her for the disappointing end to the latter’s campaign. 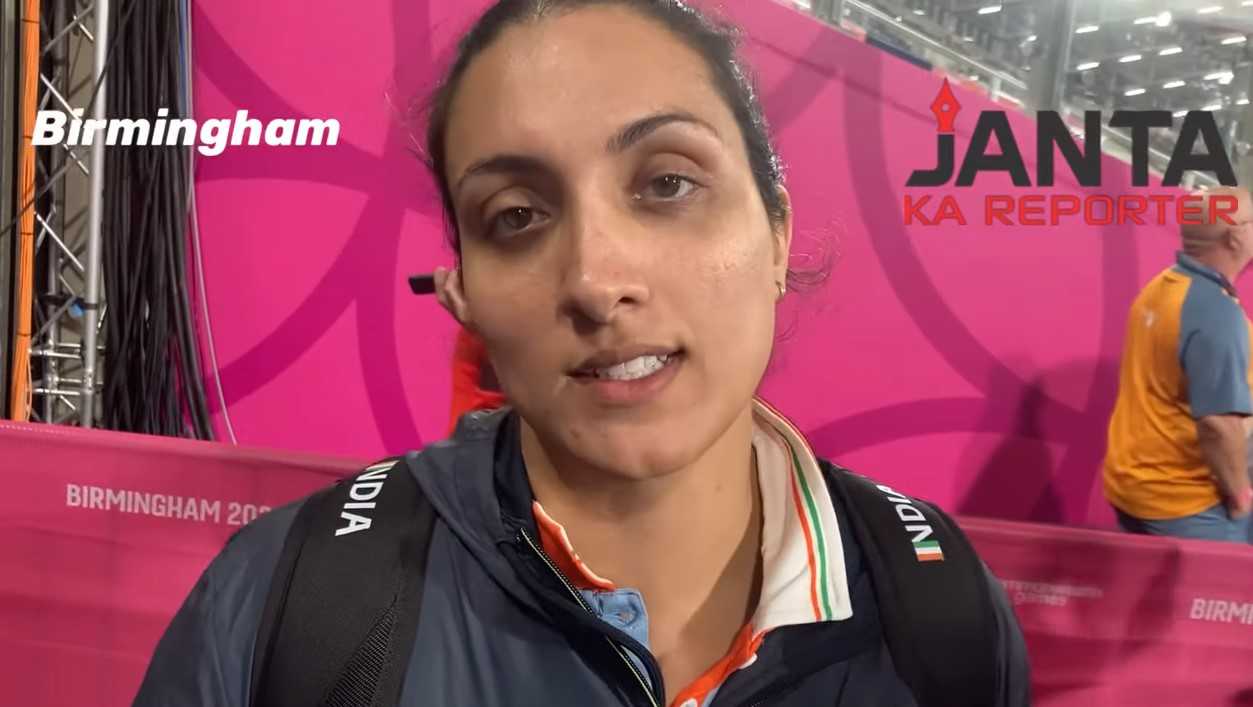 Speaking EXCLUSIVELY to Janta Ka Reporter in Birmingham immediately after the competition, Navjeet said, “I could not achieve what I had expected. But I am proud of having represented India here.”

On being consoled by Seema repeatedly, Navjeet said, “She is my senior. I could not achieve what I had expected. I was feeling mentally low. So she came to support me. It felt very good.”

Seema, who has won one Bronze and three Silver medals in Commonwealth Games in the past, said that she too would focus on her preparation for the Asian Games and the Paris Olympics.

She said, “I felt that she (Navjeet) could have won a medal. I told her that she did not need to lose her heart. She will definitely win a medal in the future.”

Nigeria’s Chioma Onyekwerw won the gold with a best throw of 61.70m while England’s Jade Lally (58.42m) took the silver.