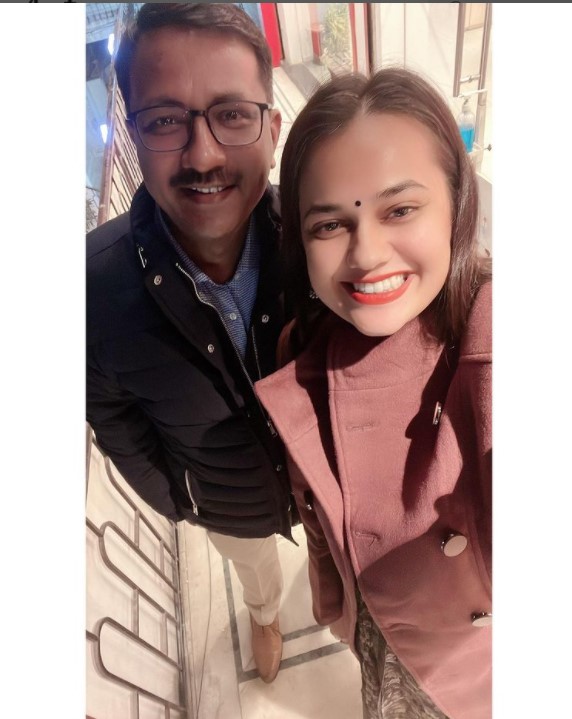 Tina, who was arguably the most followed IAS officer, had in excess of 1.2 million followers on Instagram. Soon after she announced her engagement to Pradeep Gawande, she had to face considerable trolling from social media users. Faced with incessant trolling, Tina was forced to disable the comments section from some of her subsequent posts.

Her future husband, Pradeep Gawande, too had resorted to a similar step.

Tina is a Rajasthan cadre IAS officer and is currently posted with the state government as a secretary in the finance ministry. Pradeep, who hails from Maharashtra, is senior to her in the profession by three years and older by 13 years.

Tina had recently opened up about her decision to choose Pradeep as her second husband. She had said that Pradeep belonged to the same Dalit sub-caste as that her mother adding that another similarity between her future husband and mother was that both had their roots in Maharashtra.

Tina had said that the huge age gap was inconsequential in matters as important as marriage. “Temperamental, compatibilities, cultural factors and mutual understanding are way more important,” she had said.

Tina was earlier married to Athar but the couple decided to split through a mutual divorce in 2021. Just before the divorce proceedings came to a conclusion, Athar had taken a transfer to Srinagar in Jammu and Kashmir, where he currently works as the Commissioner of the Srinagar Municipal Corporation.

While Tina has left Instagram for mysterious reasons, her sister Ria Dabi, who too cracked the UPSC exams recently, continues to exist on the popular social media platform.