IAS topper Tina Dabi found herself placed in an awkward predicament recently after a fellow civil servant was approached using a WhatsApp number claiming to be belonging to her. The sender of the WhatsApp message to UIT Secretary (RAS) Sunita Choudhary claimed to be Tina Dabi and requested an Amazon gift card. This raised the alarm with Choudhary, who alerted the local police to take appropriate action against the fraudster. The police have now arrested the man. 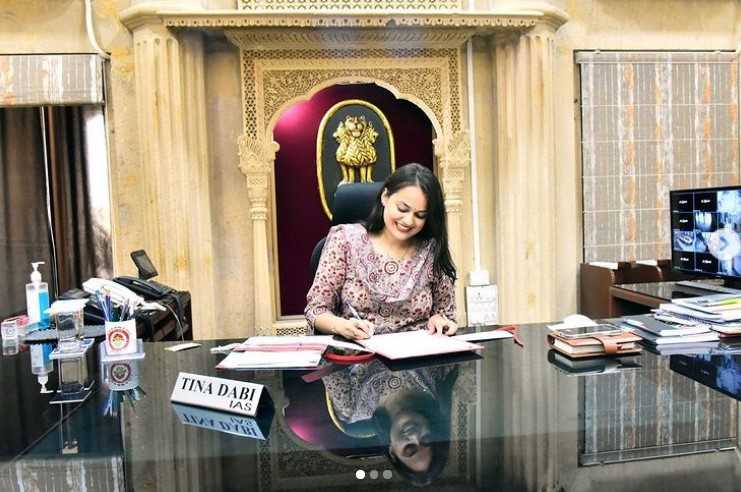 According to reports, a man registered a WhatsApp number claiming it to belong to Tina and began to approach people with unusual requests. The man, who hails from Dungarpur in Rajasthan, used the photo of the IAS topper from Delhi as his display pic. He then began to contact people to seek Amazon gift cards of various amounts.

The police was involved after the sender of the message approached Choudhary without realising that the latter herself was a civil servant in the Rajasthan government. “I thought she had some work. However, the fraudster sought Amazon gift cards from me in the messages. But I don’t use Amazon,” Choudhary was quoted by Business Today.

Once alerted, the Jaisalmer Superintendent of Police launched an investigation with the help of the cyber cell and traced the number. The man was later arrested.

Meanwhile, Tina has appealed to people to exercise caution saying that she only had one number.

Tina was transferred to Jaisalmer as the District Collector last month. In a setback to the IAS topper, her husband, Dr. Pradeep Gawande, was transferred to Udaipur to take charge as the Managing Director of Rajasthan State Mines and Minerals Limited and Director (Petroleum).

Tina, who topped the civil services exams in 2016, married fellow topper Athar Aamir Khan in 2018. However, both parted ways through a mutual divorce in 2021. While Tina married Pradeep Gawande this year, Athar announced his engagement with Dr.  Mehreen Qazi a few weeks later.