The last two years of the pandemic saw the emergence of a star in Archana Puran Singh’s house after The Kapil Sharma Show’s judge began to post the videos of her domestic help Bhagyashree on Instagram. Within weeks, Bhagyashree had become one of the most talked-about individuals on the internet. Archana has been earning plaudits for treating her domestic help as a family member. Now, in a latest video, Bhagyashree is seen professing her love for Archana Puran Singh’s husband Parmeet Sethi in spite of him being suspicious of her. 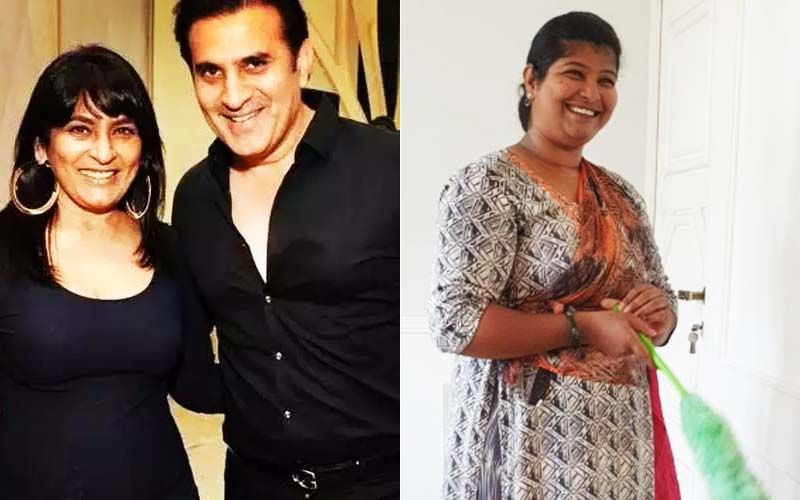 A video shared by Archana showed Bhagyashree narrating a story of a bizarre phone call that she received from an unknown person, who wanted to secure an appointment with Parmeet Sethi so that he could narrate a story of his script. The man, according to Bhagyashree, praised her for her new-found stardom and sought her help in securing an appointment with Parmeet Sethi.

The man reportedly told her, “You’ve now become a big superstar.” Bhagyashree told the man, “Sir, don’t embarrass me so much. We made those viral videos during the lockdown to entertain people.”

While Archana could not stop laughing after listening to the interesting story of Bhagyashree, Parmeet accused her of adding spice to make it more entertaining. Bhagyashree pleaded her innocence and said that Parmeet was unnecessarily doubting her.

She told Parmeet, “I have no personal interests here sir. You might think that I am sharing this story because that man called me a superstar. I told you a real story.”

Archana replied, “This was a good story, very interesting.” Teasing her domestic help, Archana said, “See, your sir doubted you even on this.” At one point, Archana said, “This woman is too funny.”

Unaffected by Parmeet’s taunts, Bhagyashree told her employer, “Sir, I love you. Regardless of your taunts and name-calling, I love you.”

Archana was recently in the news after she was seen promoting a new show of co-star Krushna Abhishek.