RLD chief and Akhilesh Yadav’s poll ally, Jayant Chaudhary, on Wednesday said that he was not interested in becoming Bollywood actor Hema Malini. Chaudhary’s reference to BJP MP left his audience in splits. 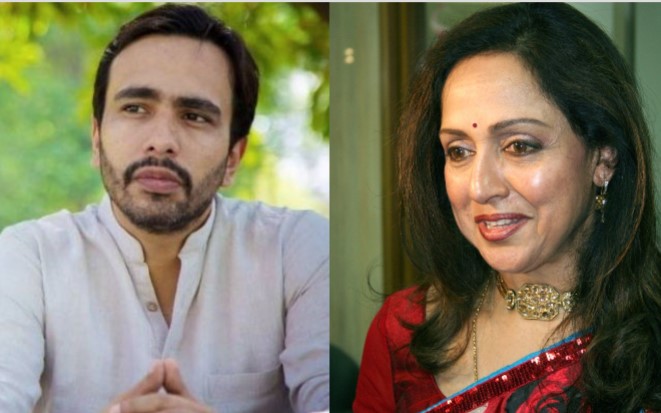 Addressing an election rally, Chaudhary said that one of his party colleagues, Yogesh Nauhwar, the RLD chief said that HomeMinister had offered the latter to make ‘Hema Malini’ if he joined the BJP.

“I don’t want to be Hema Malini, what will you get by pleasing me?…What have they (BJP) done for the families of 7 farmers, why is (Ajay Mishra) Teni a minister?” Chaudhary said. His supporters clapped and laughed on the reference to Hema Malini.

Chaudhary’s comments came days after it emerged that Shah had desperately tried to woo RLD leaders to join the BJP. After his meeting with Jat leaders in Delhi, Shah had said that BJP’s doors would always be open for Chaudhary and other RLD leaders. The BJP leader had also claimed that Akhilesh Yadav would dump Chaudhary after winning the elections.

#WATCH | …I don’t want to be Hema Malini, what will you get by pleasing me?…What have they (BJP) done for the families of 7 farmers, why is (Ajay Mishra) Teni a minister?: RLD chief Jayant Chaudhary in Mathura (1.02) pic.twitter.com/qsc5liHlC4

Hema Malini is the BJP MP from Mathura. Not just the BJP, several opposition parties have often used her name to make political statements in the past. Most famously, former Bihar Chief Minister Lalu Prasad Yadav had promised to convert the state’s roads into as smooth as Hema Malini’s cheeks.

The RLD is fighting this year’s Uttar Pradesh assembly polls in alliance with Akhilesh Yadav. The BJP, which traditionally enjoyed the support of the Jat community in western Uttar Pradesh, is feeling the heat due to its anti-farmers’ stand. Fearing defeat, Shah has made desperate efforts to win the community’s support back.

Uttar Pradesh goes to polls in seven stages starting this month. The counting of the votes will take place on 10 March.