Gautam Gambhir’s criticism of Virat Kohli for his outbursts on the stump mic has left the fans of the Indian skipper enraged. Angered by Gambhir’s comments, Kohli fans are now calling the former India batsman a hypocrite. 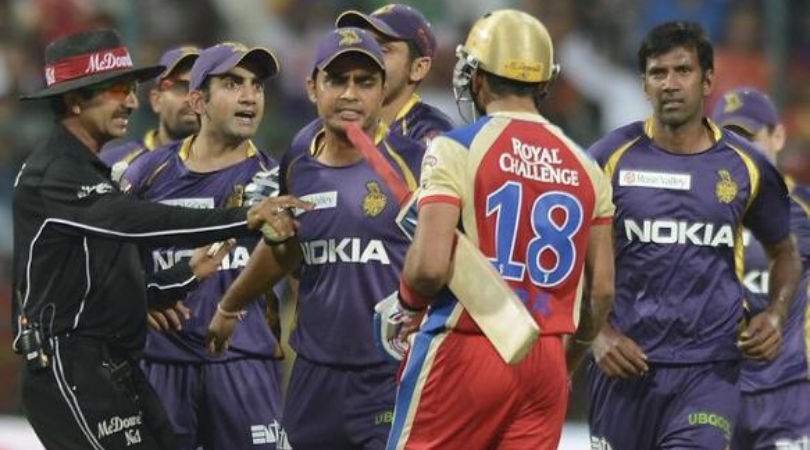 Kohli had reacted angrily after the third umpire overturned the field umpire’s decision of declaring South Africa’s Dean Elgar out by LBW. Immediately after Elgar earned the reprieve, Kohli had rushed to the stump mic to say, “Focus on your team as well and not just the opposition, trying to catch people all the time.”

The third umpire’s decision had also evoked angry reactions from Ravichandran Ashwin and KL Rahul. Ashwin, for his part, had said, “You should find better ways to win, SuperSport (official broadcaster of the series from South Africa).”

Taking a dim view of Kohli’s outbursts, Gambhir, who’s one of the commentators on Star Sports, called the Indian skipper immature adding that he will never be a ‘role model in this manner.’

Gambhir said, “No matter what you say, stuff like he plays with his heart on his sleeve, this reaction was an exaggerated one and you can’t be a role model in this manner. No budding cricketer would want to see this kind of reaction, especially from the Indian captain.”

Gambhir said that Kohli’s reaction was ‘exaggerated’ and ‘immature’ adding that this was not something one expected from ‘from an international captain, from an Indian captain.’

Gambhir’s brutal criticism of Kohli did not go down well with the fans of the Indian skipper as they took to social media to register their protests. Many pointed out to Gambhir’s own outbursts on the field during his time as a cricketer.

But according to Gautam Gambhir Virat Kohli doesn’t deserve to be a role model. pic.twitter.com/uBAl66YCdj

Gambhir out of all the people taking the high stand, seriously? ???? https://t.co/fMfMGh0KRg pic.twitter.com/88CbqRNjHA

The Person Doing This Act On Field Is Criticizing Virat Kohli For Expressing His Anger On The Stump Mic; Wah Gambhir Ji Wah! ???? #INDvsSA pic.twitter.com/n9Vti4RuyP

Elgar was finally dismissed just before the third day’s play came to an end. South Africa is all set to win the Cape Town Test and the series.