Tennis star Sania Mirza’s sister Anam Mirza and her husband Mohammed Asaduddin have found themselves under considerable media spotlight after they got married at a glittering ceremony last year. Weeks after the couple returned from their honeymoon, Anam has shifted her focus to her fashion business. She took to Instagram on Thursday to flaunt her cover photo with sister Sania Mirza. No sooner did she share the photo, she received an instant endorsement from Farah Khan. Farah’s public appreciation came long after the choreographer-director appeared on The Kapil Sharma Show together with Sania. 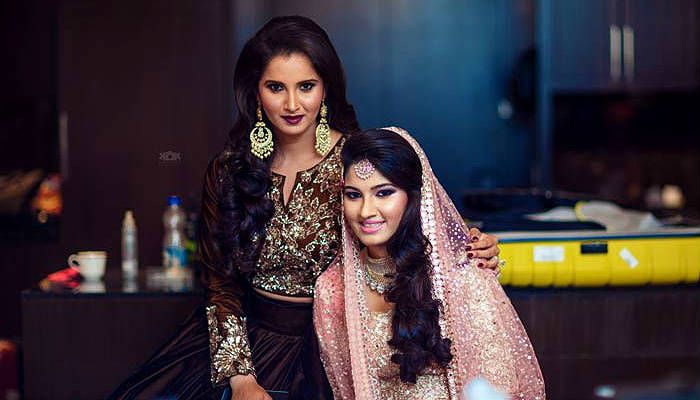 Sharing the magazine cover photo of herself with sister Sania, Anam wrote, “Cover girlin’ with best.” Her photo received countless comments and likes with most appreciating her magazine photo with sister Sania. But the most notable comment came from Farah Khan, who wrote, “Faaaaabbbbb.” Farah is an old family friend of Sania and Anam.

Sania and Farah had also appeared on The Kapil Sharma Show together in 2016. Farah had revealed on the show that such was her friendship with Sania that the latter always stayed with her at her Andheri house every time the tennis star was in Mumbai.

Sharing the same photo on Instagram, You and I’ magazine wrote, “..We also caught up with the woman who is arguably India’s finest-ever female tennis player, Sania Mirza, who won the Hobart International doubles title after returning from maternity leave and also spoke with her sister, Anam Mirza, who recently got married to Mohammad Asaduddin. For their freewheeling chat, move over to Cover Story.”

Sania had recently revealed how she had lost 26 kilos in just four months.