Veteran Bollywood singer Udit Narayan has revealed that his son Aditya Narayan’s wedding on the sets of Indian Idol last week was a fake affair to boost the reality show’s ratings. This was after a leaked video showed Aditya and Neha exchanging wedding vows in the presence of other Indian Idol judges Vishal Dadlani and contestants of the singing reality show. To make the affair real, the makers of the reality show had also hired a Hindu priest to conduct the wedding rituals. The priest was seen chanting mantras to solemnise the marriage. 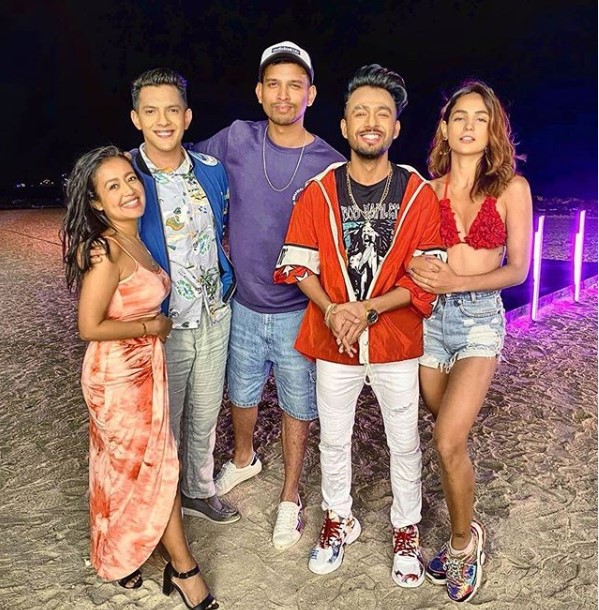 However, Aditya’s father revealed that there was absolutely no truth to his son tying the knot with Neha Kakkar. In an interview with Bollywood Hungama website, Udit Narayan said that he wished the wedding rumours about his son to be true. However, he added, ‘I suspect this link-up and marriage rumours with Neha are just to boost the TRPs of Indian Idol where she’s a judge and my son is the anchor. I wish the marriage rumours were true. Neha is a wonderful girl. We’d love to have her as our bahu (daughter-in-law).”

This is not the first time that the veteran singer has expressed his desire to have Neha as his daughter-in-law. Earlier, while appearing on the Sony TV’s singing reality show with his wife, Udit had said that he would love to have Neha as his daughter-in-law. Neha too was left red-faced after she accidentally addressed Aditya’s mother as her mother-in-law.

Earlier this month, Neha’s brother Tony had caused quite a buzz on the social media by implying that her sister and Aditya will get married on 14 February. However, days after Tony made the announcement in Goa, Neha had taken to Instagram to publicly deny the reports her planned wedding with Aditya.

Aditya has been wooing Neha to accept his proposal while anchoring the Indian Idol show. However, it’s not clear whether his pronouncement of love for Neha has any element of sincerity or he’s simply been fooling around.