Former Bigg Boss runner-up Asim Riaz and ex-contestant Himanshi Khurana aka Punjab’s Aishwarya Rai have dispelled the rumours of their split as the lovebirds posed for the camera in Mumbai. The latest confirmation that all was well between them came amidst rival Shehnaaz Gill aka Punjab’s Katrina Kaif teamingup with Yashraj Mukhate for a viral mash-up video. 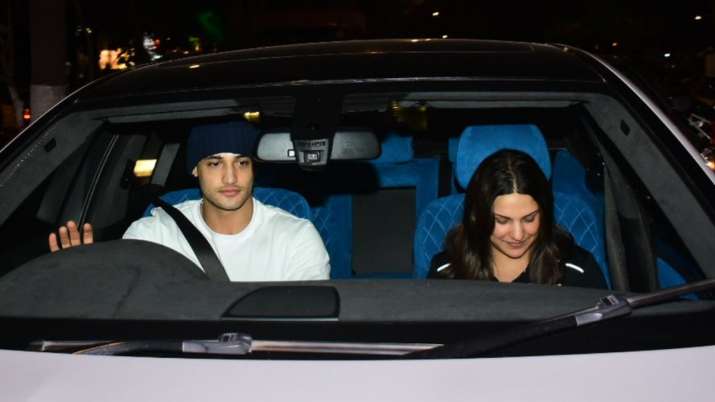 In one of the viral photos, Asim and Himanshi could be seen posing for the camera at the Mumbai airport last week. In another photo, both of them were seen seated in a car. Asim was seen driving the car, while Himanshi was in the front passenger seat.

The development assumes significance in light of rumours over their relationship with many claiming that they had split. What amplified the speculations over their relationship status was a cryptic tweet by Asim recently over an ex-lover moving on in life so quickly. Many of their fans had first felt that Asim’s tweet was aimed at Himanshi, but later it became clear that the former Bigg Boss runner-up had taken a dig at Shehnaaz after a video of her dancing at a wedding party went viral.

Asim, for his part, had later explained that his criticism was for some of his friends, who had decided to party immediately after the death of a close friend.

Himanshi’s stay in the Bigg Boss house was short-lived but the reality show’s host Salman Khan did not appear to like her presence as he continued to target the contestant from Punjab. Many had wondered if the reason behind Salman’s ill-treatment of Himanshi was due to the latter’s claim of being the Aishwarya Rai of Punjab.