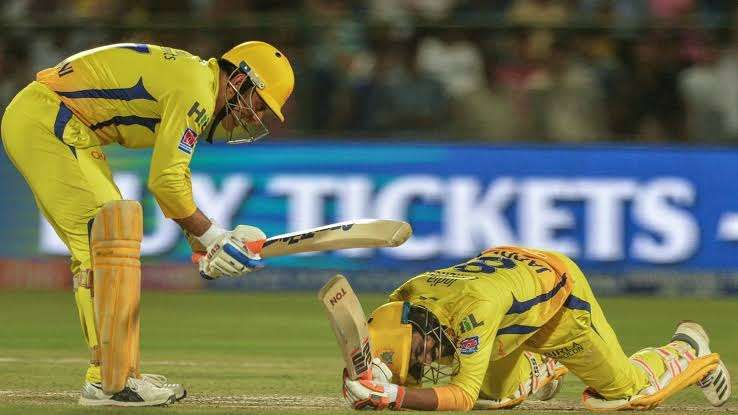 The team has won only two out of eight matches played so far and are currently languishing at the second from the bottom in the points table.

A statement from Chennai Super Kings said, “Ravindra Jadeja has decided to relinquish captaincy to focus and concentrate more on his game and has requested MS Dhoni to lead CSK. MS Dhoni has accepted to lead CSK in the larger interest and to allow Jadeja to focus on his game.”

Jadeja to handover CSK captaincy back to MS Dhoni:Ravindra Jadeja has decided to relinquish captaincy to focus and concentrate more on his game & has requested MS Dhoni to lead CSK. MS Dhoni has accepted to lead CSK in the larger interest & to allow Jadeja to focus on his game.

According to sources, Jadeja was getting increasingly disenchanted with the burden of the captaincy, which was having an adverse impact on his personal performance. The team reportedly decided to return to Dhoni since there was no better option available to the management.

Fans reacted overwhelmingly praising Jadeja for relinquishing the role of CSK skipper. One user wrote, “This is a good decision by Jadeja, MSD’s thinking also good(Handover cap to #Jadeja) but if #Dhoni is ready to play for another 1 year #csk must & should find a player to captaincy role or groom 1 of the player who r in d squad except Jaddu. Again Jaddu may or may not work.”

Another commented on Twitter, “Good decision but management need to find a leader after MSD.The experiment is failed in jadeja case.captaincy pressure ruined his natural attacking game in death overs also the catch drops.we are in not good position in points table atleast we finish mid of the table this year.”

Dhoni had decided to voluntarily step down from the captaincy role just before the start of the IPL 2022.