Heinrich Klaasen on Sunday played with injury to guide South Africa to another impressive win against  India in the 2nd T20 International played in Cuttack. With today’s victory, South Africa have taken a 2-0 lead in the five-match series. 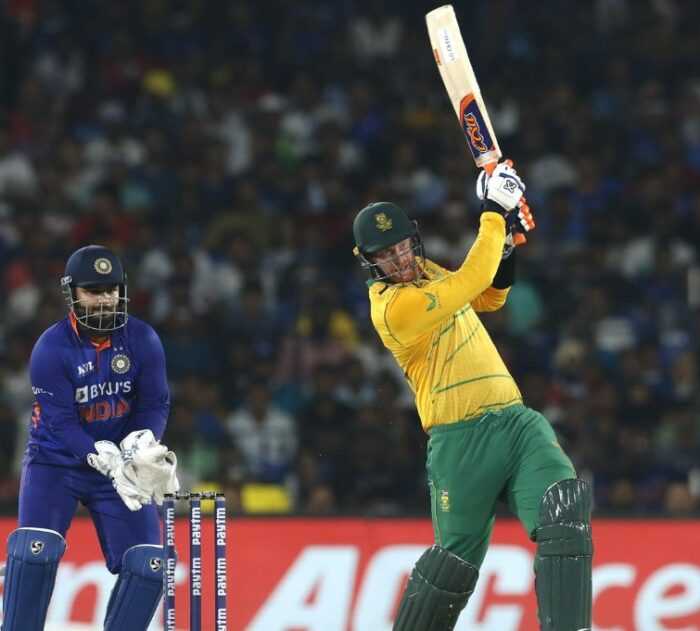 Batting first, India had made 148-6 in their quota of 20 overs. Shreyas Iyer was the top scorer with a knock of 40 runs. Ishan Kishan made 34 while Dinesh Karthik remained not out at 30.

However, South Africa achieved the target by losing just six wickets and 1.4 overs to spare. Klaasen made 81 from 46 balls. He played despite suffering from a cramp. Unable to steal singles and twos, Klaasen relied on hitting boundaries and sixes. His knock included five sixes and seven fours.

Klaasen’s knock assumed significance in light of South Africa’s batting collapse during the power play when the tourists were reduced to 29-3 in 5.3 overs. He built the South African innings with skipper Temba Bavuma and continued to play big shots even after the latter’s departure at 35.

Bhuvaneshwar Kumar was India’s most impressive bowler as he finished with a spell of 4-13 in four overs.

India had lost the first match of the series in Delhi.