Joe Root on Sunday scored another century against New Zealand at Trent Bridge as England piled on runs against the tourists in the second Test. Root remained unbeaten at 163 from 200 balls at the end of the third day’s play. This was the 27th Test century for Root and the fourth hundred in the last five Test matches. He also scored his fastest Test century when he completed the milestone in just 116 balls on Sunday. 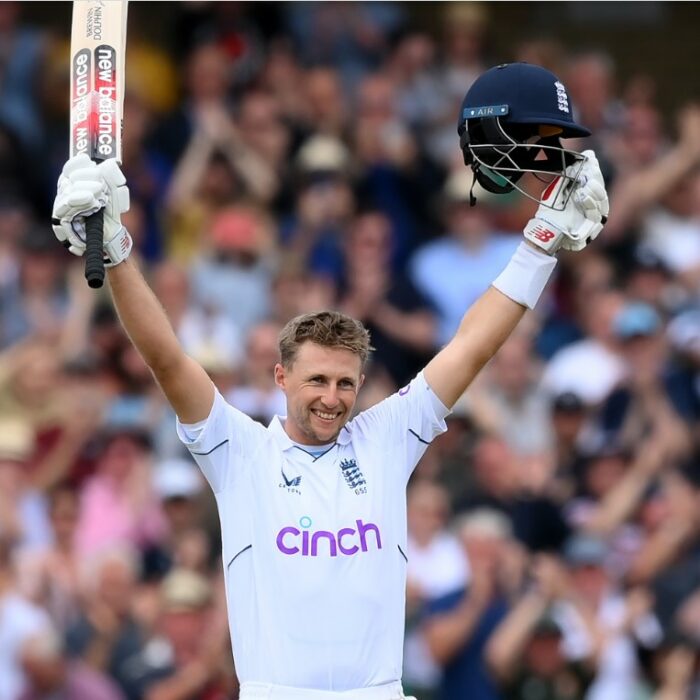 England ended the day at 473-5 with two of their batsmen scoring centuries. Earlier Ollie Pope had made 145 from 239 balls, while skipper Ben Stokes made a quickfire 46.

This is Root’s second consecutive century in the series and 13th knock of 150+ in Test cricket. The stylish English batsman has now found his name in the list of top 10 all-time batting greats. India’s Sachin Tendulkar leads the order with 20 knocks of 150+.

Root also equalled the record of scoring the most number of Test centuries by an active player. Both Virat Kohli and Steve Smith of Australia have scored 27 centuries in the longest format of the game each.

Kohli has not scored a Test century since November 2019, while Smith’s last century in a Test match came in January 2021. Root, for his part, has scored 10 Test centuries in the last 18 months.

Former England skipper Nasser Hussain said that this was the day English fans have been waiting for a ‘long long time.’

England scored 383 runs and lost just four wickets on the third day. Experts believe that Root, who relinquished the captaincy to focus on his batting, is all set to score a double century when the play resumes on Monday.

This is a new-look England side with a new skipper in Ben Stokes and a new coach in Brendon McCullum. It seems the change in the leadership and management is paying the dividends for the England side.