Archana Puran Singh of The Kapil Sharma Show is known for sharing the behind-the-scenes videos from the sets of the Sony TV comedy show. In her latest video, the affable actor is seen taking a leaf out of Navjot Singh Sidhu’s book to embarrass her co-star Kapil Sharma for the latter’s decision to flirt with Nora Fatehi. 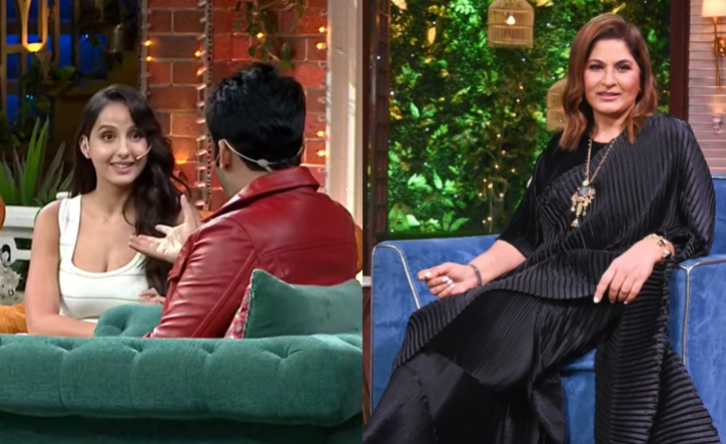 Sharing the video, Archana wrote on Instagram, “For all those missing Siddhuji. Took a leaf from his book of shayaris (poetry).”

In the video, Kapil could be seen flirting with his guest Nora Fatehi as he read a poulet, “Aap se milna hamari khushnasibi hai majboori nahi, har baar kisi ladke ke saath aao, ye zaroori to nahi (Meeting you is my good fortune and not compulsion, but it’s not necessary for you to come on this show with a man all the time).”

Responding to Kapil’s poetry, Archana too decided to embarrass her co-star by creating her own couplets. She said, “Chehra iska khil jaata hai jab bhi aati hain aap, sharm kar Kapil tu hai do bachchon ka baap. (His face lights up every time you arrive here. But have some shame Kapil because you are now a father of two children).”

Archana’s impromptu poetry left everyone including the show’s guests in splits. Not to be outwitted by Archana, Kapil responded, “Main hoon do bachchon ka baap aur koi flirt kar raha ho aur koi beech mein toke, ye hai maha paap (I am a father of two children, but it’s a sin to interrupt when someone is flirting).”

Archana had replaced Sidhu as the show’s judge. The former India cricketer, now busy in Punjab elections, was famous for his cheesy couplets that he often read to welcome his guests, particularly women.

As for Kapil, he was recently in the news after he left Akshay Kumar red-faced by reminding him about his infamous interview with Prime Minister Narendra Modi.