The National Women Commission of India has asked the Uttar Pradesh Police to act on the viral video that showed celebrity hairstylist Jawed Habib allegedly spitting on a woman’s head. The NCW has also directed Habib to appear before the commission on 11 January. 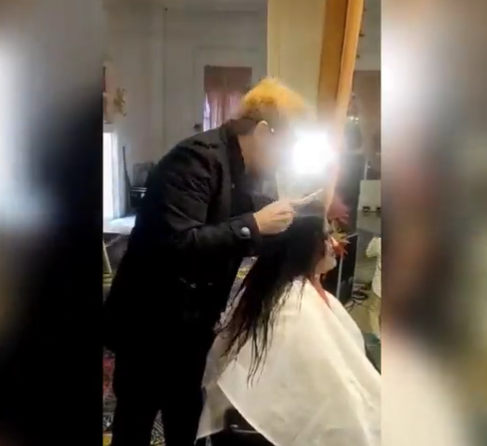 In a viral video, Habib was seen spitting on the hair of one woman. However, the hairstylist later clarified that the woman in question was one of his colleagues and the act of spitting was a part of humour.

“I just want to say one thing…these’re professional workshops, as in, they’re attended by people from within our profession. When these sessions get very long, we’ve to make them humorous. If you’re hurt are, I apologise from the bottom of my heart,” Habib was quoted by news agency ANI.

Habib had added that he offered his sincere apologies if some people were hurt by his action.

The NCW took to Twitter to write, “@NCWIndia has taken cognizance of the incident. Chairperson @sharmarekha has written to @dgpup to immediately investigate the veracity of this viral video and take appropriate action. The action taken must be apprised to the Commission at the earliest.”

This is Javed Habeeb… Spitting instead of using water… absolutely horrible ???????? pic.twitter.com/8s7xaE8qfO

It added, “Taking note of the incident, @NCWIndia has also sent a notice to Jawed Habib to appear before the Commission in person on January 11 at 12:30 pm for deposition of his statement.”

According to Rakesh Kumar, CO, Khatauli (Muzaffarnagar), a case has been registered against Jawed Habib under sections 355 (assault), 504 (insult) of IPC and relevant sections of Epidemic Act.

Habib had joined the BJP in 2019 months after being made to apologise for hurting the religious sentiments of Hindus. Soon after he joined the BJP, Habib said that he had now become a watchman of the country.