Remember filmmaker Avinash Das, who recently shared a photo of arrested IAS officer Pooja Singhal with Home Minister Amit Shah with a misleading claim? Das has now found himself in a spot of bother as the Gujarat Police have registered a case against him. 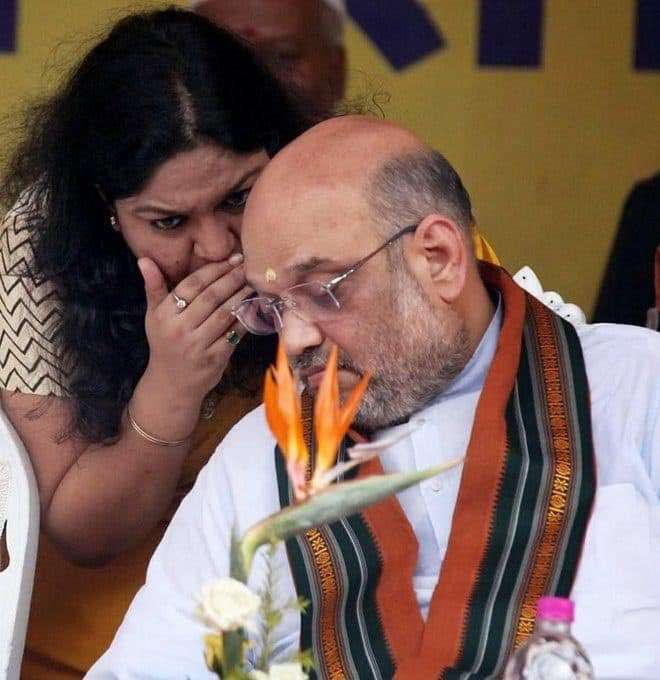 According to news agency PTI, Das has been booked under IPC 469 (forgery) and section 67 of IT Act for his Twitter post shared on 8 May. The director of Anaarkali Of Aarah and Netflix series She has also been charged under sections of the Prevention of Insults to National Honour Act and IT Act for the 17 March Facebook post.

In his Twitter post, now deleted, Das had claimed that Pooja Singhal met Amit Shah just days before the Enforcement Directorate recovered Rs. 19 crores from the house of her chartered accountant. However, as first reported by Janta Ka Reporter, there was no truth in Das’ claim.

The photo in question was taken at a public rally attended by Shah in Ranchi, five years ago. Pooja Singhal was also present there in her capacity as a civil servant.

Singhal, who served as the mining secretary in the Jharkhand government, was later arrested by the ED before being sent to five days of the agency’s remand last week.
The ED had also carried out raids at multiple premises in four different states belonging to Singhal and her husband Abhishek Jha.

The ED is also probing the role of Singhal’s husband, Abhishek Jha, who owns a five-star private hospital in the heart of Ranchi, the state capital of Jharkhand. The ED has already questioned Jha and recorded his statement in connection with a money laundering case.