India’s judo player Tulika Maan on Wednesday created history by winning a Silver medal in Judo. She lost to Scotland Sarah Adlington, who was the champions of the Commonwealth Games four years ago. Daughter of a Delhi Police sub-inspector, Tulika broke down on camera during an EXCLUSIVE interview with Janta Ka Reporter. The champion judoka said that she wanted to win a Gold for her country. 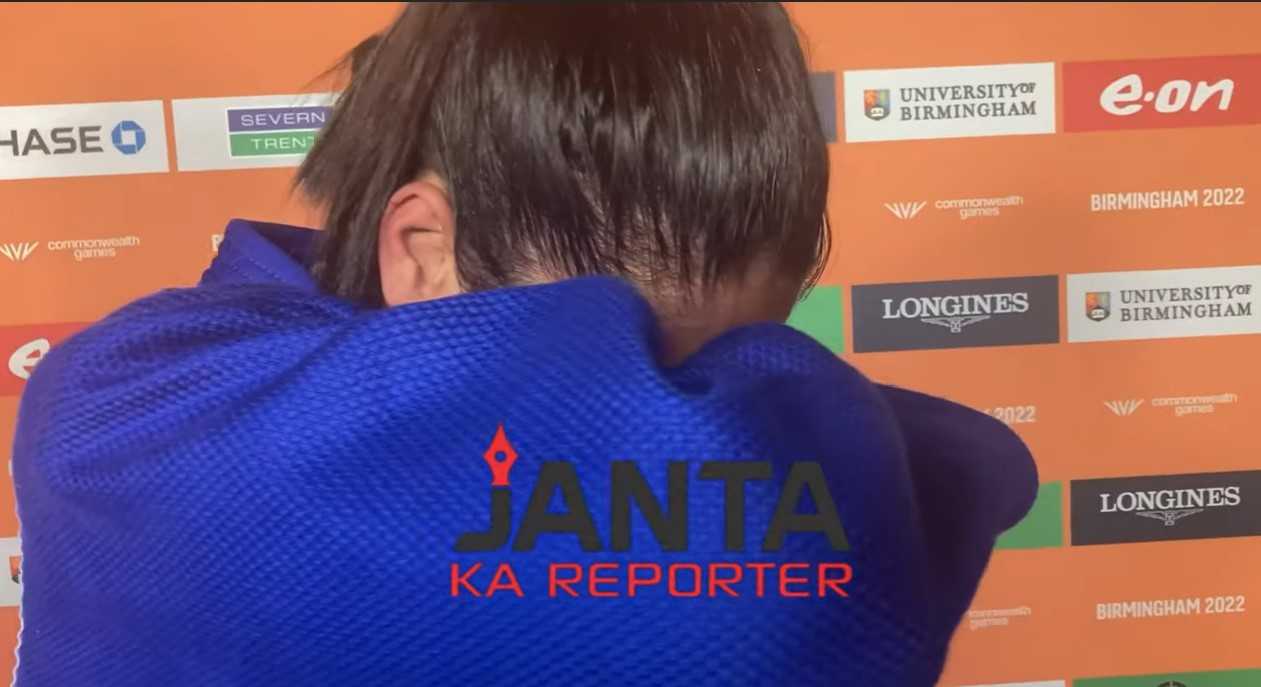 She could not complete her interview as she sobbed on camera uncontrollably. The disappointment of not winning the Gold was clear on her face.

When she resumed the interview after the medal ceremony, she said, “I did not want Silver. I was here for Gold. I had to give my country Gold. But I couldn’t as I made a small mistake.”

India has won three medals in judo and 18 medals including four Gold up until now in the competition.