India’s Hima Das clocked 23.42 to win the women’s 200m heat and book a place in the semi-final. The gap between her and her competitors showed just how good the Indian sensation was. Speaking EXCLUSIVELY to Janta Ka Reporter after the race, Hima sounded confident of winning a Gold for India. 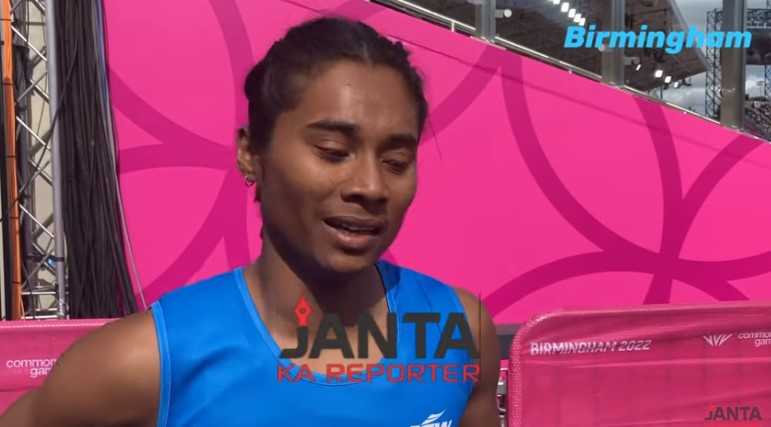 Hima told Janta Ka Reporter that she was a little disappointed that there were fewer athletes in her heat adding that she would have enjoyed the race had there been more competitors.

The champion athlete said that she had come to Birmingham with high hopes and she hoped to improve her timing in the semi-final.

Watch the only interview she gave after the race below;