A Pakistani woman cricketer has expressed her desire to play in India to gain valuable exposure. Speaking to Janta Ka Reporter immediately after Pakistan’s crushing defeat to India, Muneeba Ali said that the team lacked valuable exposure at the international level and that playing more matches in India would help their cause. 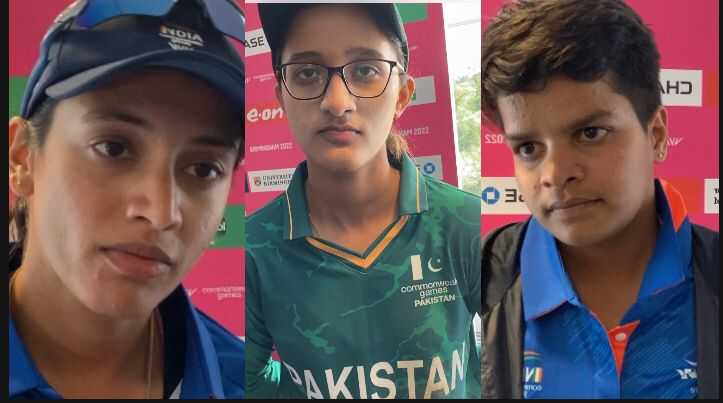 Ali said, “They are a major team, they have experienced players. We also have good players, who can improve quickly by playing more in this environment.”

On whether Pakistan should play more matches against and in India to improve their game, Muneeba said, “Absolutely. The more we play in big countries against top sides, the more our game will improve.”

She added, “Sports are separate from politics. We should keep politics aside to improve the engagement of sportspersons.”

Reacting to Muneeba’s suggestion, Indian star Smriti Mandhana said, “If you only look at the game, we have very good bond with all (Pakistani) players. We talk to each other even after the match.

Shafali Varma too agreed as she told Janta Ka Reporter, “(India and Pakistan) should play more since there are very few matches between India and Pakistan. This also bring plenty of fun as it attracts more crowd.”