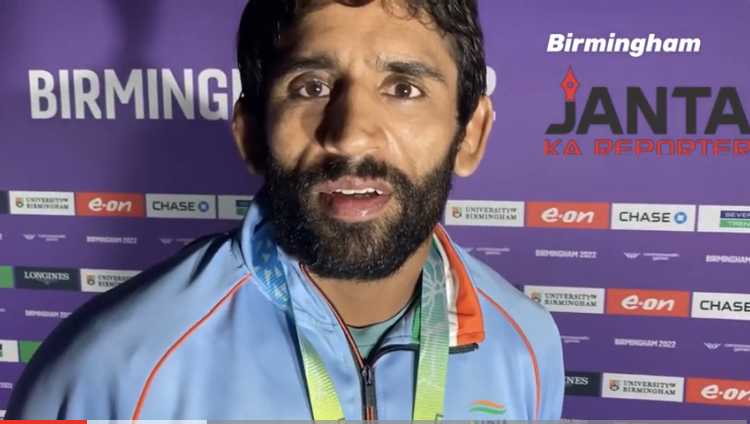 The Olympic medallist was pleasantly surprised by rousing support from British Indians far away from the country.

Bajrang stopped his interview to watch the medal ceremony after Deepak Punia won the final match against Pakistan’s Inaam Butt.

Punia was replete with humility while speaking to Janta Ka Reporter. The Olympic medallist wrestler said that he expected youngsters to take up wrestling and win medals for India.