India’s 14-year-old squash sensation Anahat Singh has become a topic of intense discussions in here in Birmingham after she won her first-round match when she beat Jada Ross of Saint Vincente and the Grenadines 11-5 11-2 11-0. Even though Anahat lost her second-round match to Emily Whitlock of Wales, the talent player from Delhi told Janta Ka Reporter that she will return home with plenty of learnings from Birmingham Commonwealth Games. 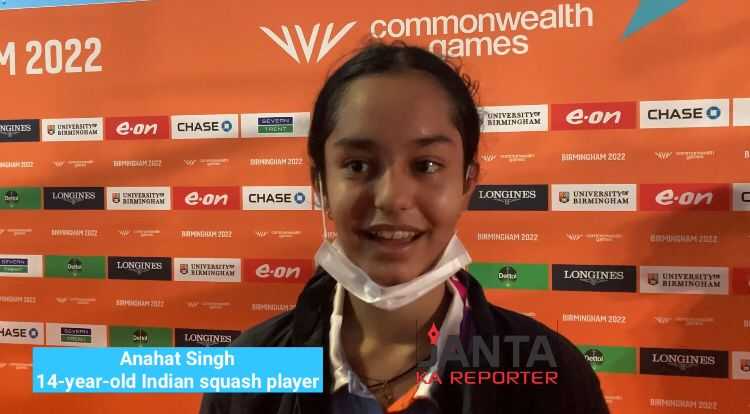 “Today’s match was not that good but I was playing against the World number 12. I couldn’t do much. Whatever I could do to make a comeback I did,” Anahat told Janta Ka Reporter.

She added, “This is my senior-level competition. I won my first-round match yesterday. I was very happy with that win. Now I know what more I need to do to compete at this level.”

Anahat said that her English coach helped her a lot in preparing for the Games.

Despite playing against World number 12, Anahat won the third set against Whitlock, taking the match to four sets.