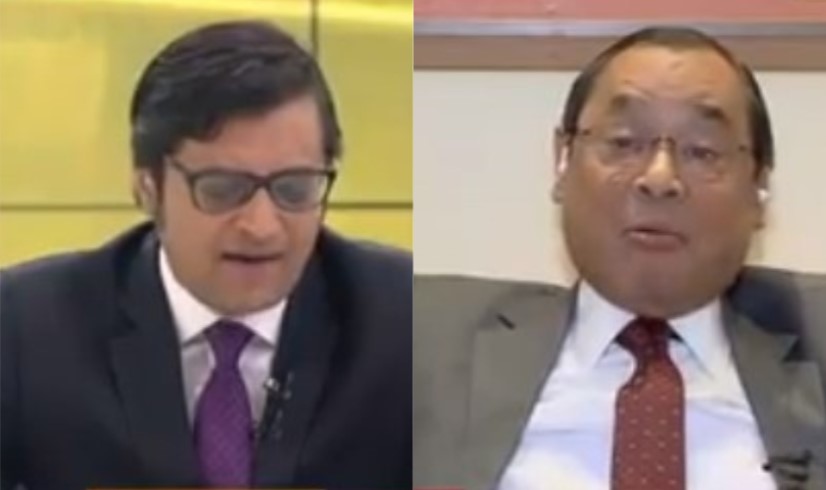 Goswami had asked Gogoi if he will take a stand against Home Minister Amit Shah on women’s rights to pray at the Sabarimala temple. The Gogoi-led bench of the Supreme Court had referred the matter to a larger bench. Goswami asked, “As a legislator, there will be a problem that you will face.. For example, will you take a contrary position on Sabarimala? As the chief justice of India, you did not stay the right to pray for women in Sabarimala? You directed it to a larger bench. Amit Shah, who was the BJP President till recently, he has a very clear position that women should not be allowed into Sabarimala because these are issues of culture. Will you say that Amit Shah is wrong even today? Will you take a contrary position given that the party (the BJP) is indirectly supporting your nomination to the Rajya Sabha?”

Gogoi replied, “Arnab, let me pay you a compliment. I don’t think you get too many compliments. 100 out of 100 marks to you for your imagination. Wonderful. Keep it up. The way you have brought Sabarimala and Amit Shah is absolutely fantastic imagination. That’s all I can say.”

When Goswami asked Gogoi to explain what he was imagining, the former CJI said, “A very very, eminently fertile imagination, which will take you a long way in your career path.”

Gogoi defended his decision to accept the Rajya Sabha nomination just weeks after retiring as the Chief Justice of India. He asked Goswami whether he will not accept the Rajya Sabha nomination after Swapan Dasgupta’s term comes to an end. To which, Goswami replied, “I do my job as a journalist, firstly on a personal note. I will tell you very firmly I would never in my life accept a Rajya Sabha membership, but that maybe my personal choice. I am stating it so that the matter is put to rest.”

Goswami’s interview with Gogoi came on the day he lashed out at Priyanka Chopra and her husband Nick Jonas for attending Holi celebrations organised by Mukesh and Nita Ambani’s daughter Isha Ambani earlier this month. He also slammed actor Shahid Kapoor and his wife Mira Rajput for using his status to use a gym in Bandra despite a government ban.