Actress Alia Bhatt on Friday faced public teasing from sister Shaheen Bhatt and friend Akansha Ranjan Kapoor after the Raazi actress made an unusually bold statement on her relationship with boyfriend Ranbir Kapoor. Alia’s stunning rebuttal came after several media reports claimed that she had split with Ranbir. 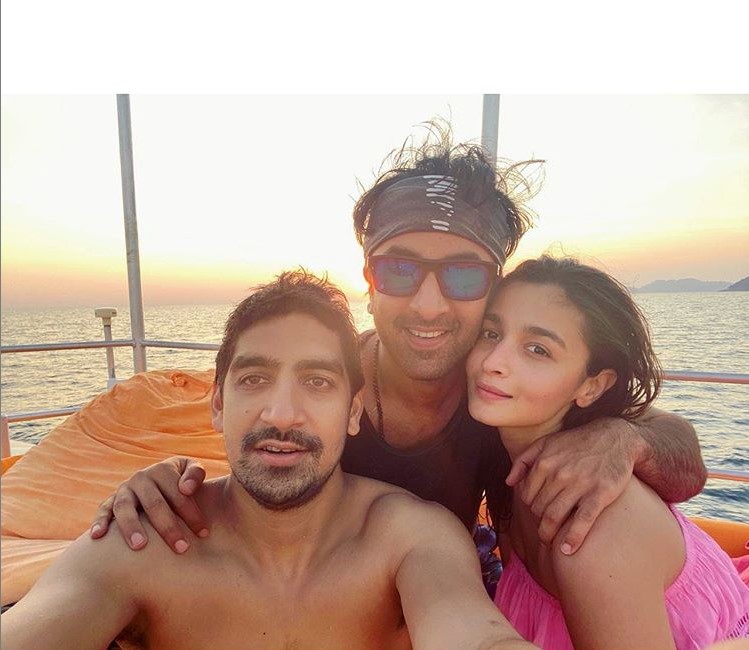 Alia took to Instagram to share a photo of herself enjoying the sunset from her house. But she cleverly used the photo to debunk all rumours about her split with Ranbir. Asking her fans to ‘stay home and watch the sunset,’ Alia wrote, “photo credit to my all-time fav photographer RK (Ranbir Kapoor) ?.”

No sooner did she share her photo putting rumours to rest, she began to face teasing from her sister and friends. Shaheen Bhatt wrote cheekily, “So he only takes bad pictures of the rest of us then.” Akansha Ranjan Kapoor, who was recently in the news for dating Indian cricketer KL Rahul, wrote, “Training my bf to be more like yours.” 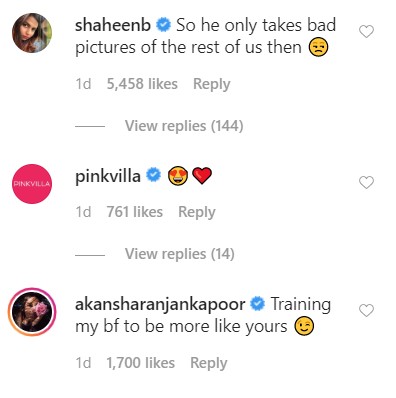 Earlier, Times of India had reported that Alia and Ranbir had split after the Sanju actor reportedly did not attend the Raazi actress’s birthday on 15 March even though he was in town. Alia had shared several photos with sister Shaheen and friend Akansha but Ranbir was nowhere to be seen.

Alia Bhatt had recently won the Best Actress award for her role in Gully Boy also featuring Ranveer Singh. She will be next seen in Ayan Mukerji’s Brahmastra, also featuring rumoured boyfriend Ranbir Kapoor and Amitabh Bachchan. Her other projects include Mahesh Bhatt’s Sadak 2 and Karan Johar’s Takht.