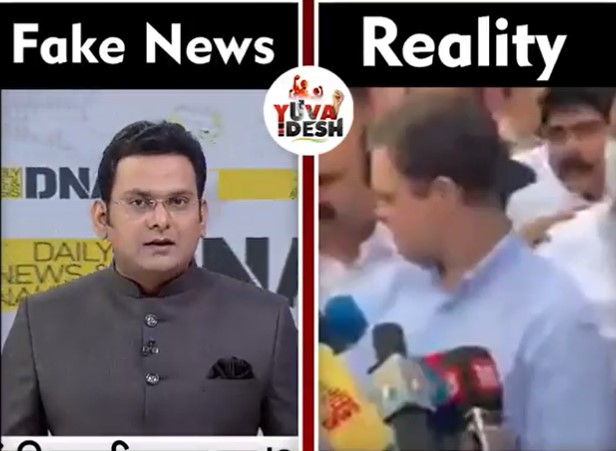 Seeing a team from the Chhattisgarh Police, Ranjan tweeted, “Chhattisgarh Police is standing outside my house to arrest me without informing the local police, is it legal @myogiadityanath @SspGhaziabad @adgzonelucknow?”

The Chhattisgarh Police replied, “There is no such rule to inform. Still, now they are informed. Police team has shown you court’s warrant of arrest. You should in fact cooperate, join in investigation and put your defence in court.”

There is no such rule to inform. Still, now they are informed. Police team has shown you court’s warrant of arrest. You should in fact cooperate, join in investigation and put your defence in court.

Ranjan also posted a video whereby cops from two states were arguing over the anchor’s arrest. The Ghaziabad Police later took Ranjan away to an unknown location.

Ranjan had mischievously broadcast Rahul Gandhi’s video by dangerously linking his comments to the beheading of Udaipur tailor, Kanhaiya Lal. In reality, Gandhi was commenting about the protesters, who had attacked his office in Wayanad.

Several cases were filed against Ranjan in Congress-ruled states of Rajasthan and Chhattisgarh. Also named in the FIR was Rajasthan BJP leader Rajyavardhan Singh Rathore, who had also shared the Zee News video.

Gandhi himself had later tweeted slamming those spreading fake videos by linking comments to the Udaipur beheading.

“Propaganda and lies are the foundation of BJP-RSS. The whole of India knows the history of BJP-RSS, which shook the country in the fire of hatred. No matter how much these traitors do to break, the Congress will continue to do more work to unite India,” Gandhi had written.

Zee News had issued two public apologies and claimed to have fired two employees in relation to the broadcast of the video.