David Miller and Hardik Pandya powered Gujarat Titans to their IPL final as Jos Buttler’s heroic knock turned futile. This is the first time the GT are taking part in the IPL competition. 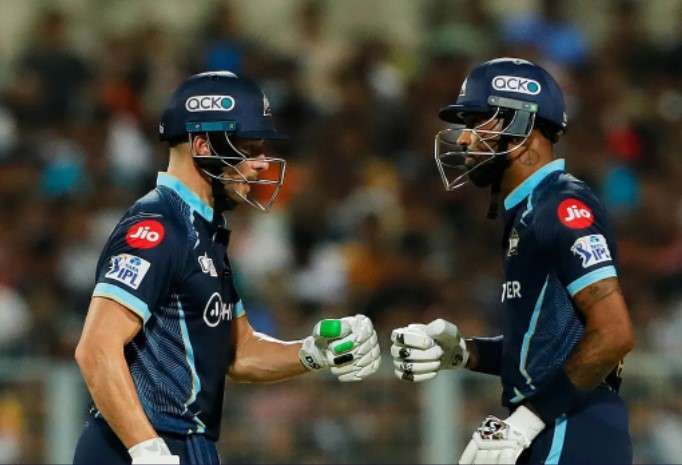 Batting first, Rajasthan Royals made 188-6 in 20 overs with Buttler playing another superb knock of 89 from 58 deliveries. Skipper Sanju Samson made 47 from 26 balls. Buttler, the winner of the orange cap, has scored more than 700 runs in the ongoing IPL.

Gujarat Titans achieved the target by losing just three wickets with three balls to spare. David Miller was not out at 68 from 38 balls, while Pandya remained unbeaten at 40 from 27 balls. Shubman Gill and Mathew Wade also chipped with 35 runs each.

Lucknow Super Giants and Royals Challengers Bangalore will lock horns in the Eliminator round at Kolkata’s Eden Gardens on Wednesday.

Rajasthan Royals, today’s losing team, will face the winner of the Eliminator round, for a place in the final on Friday, 27 May.

The final of this year’s IPL will be played on Sunday.