Maharashtra Deputy Chief Minister Devendra Fadnavis is being mocked as netizens called him David Fernandez for his silence on the brutal thrashing of sadhus in Sangli district. In 2020, Fadnavis had wasted no time in attacking the then MVA government of Maharashtra when sadhus were lynched in the state’s Palghar district. 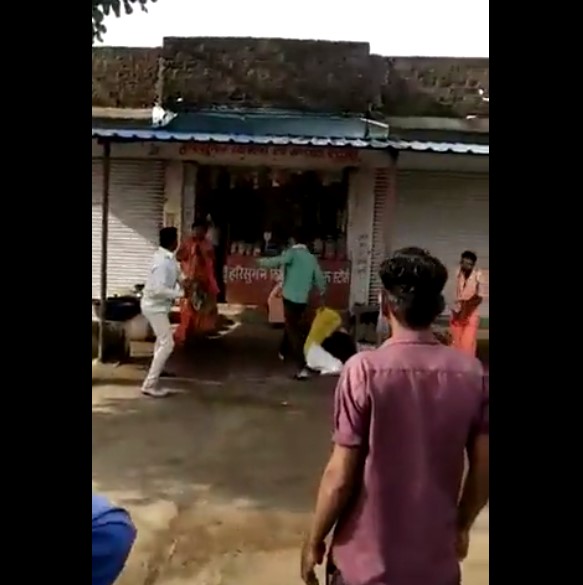 While in opposition, Fadnavis had tweeted, “The cruelty with which the mob lynching in #Palghar happened, is beyond inhuman. I demand a High Level Enquiry and strictest action be taken at the earliest.”

Sharing a video statement of himself, Fadnavis had said, “What can be more shameful than the fact that these sadhus were killed in the presence of police? Somewhere the law and order has collapsed in Maharashtra.”

Fadnavis had demanded strict actions against police as he asked if they were under pressure from people at the top. The state was then being governed by the Shiv Sena, the NCP, and the Congress. The coalition government this year collapsed after a rebellion led to a division in the Shiv Sena. Fadnavis has now become the deputy chief minister of the state.

It’s been several hours since the video of the brutal attack on sadhus went viral but Fadnavis has not shared his reactions on Twitter. In 2020, he had moved with lightning speed to attack the then government.

Also Read: “Even sadhus are not safe under BJP government”: Ruling BJP government condemned after crowd mercilessly beat sadhus in Maharashtra on suspicion of being child-lifters

BJP’s lapdog TV anchors had wasted no time in projecting the incident as an attack on Hindus under a non-BJP government.

One user wrote, “When #Palghar happened there was so much anger, now under @Dev_Fadnavis as HM, history repeats in Sangli where Sadhus are beated and humiliated. @BJP4India is anti Hindu and anti Sadhu just like other parties are.”

Another user mockingly addressed Fadnavis as a Christian as he wrote, “@DGPMaharashtra won’t do anything unless David Fernandez clears it. Remember what happens to Sadhus in #Palghar? Still no justice!”

Four sadhus from Uttar Pradesh were brutally attacked in the Sangli district of Maharashtra on suspicion of being child-lifters. They made desperate pleas in their defence but their attackers wouldn’t spare them.