The Merseyside Police in the United Kingdom have cautioned Manchester United striker, Cristiano Ronaldo, after a video in April this year showed him slapping a fan’s phone out of his hand after the match went viral. 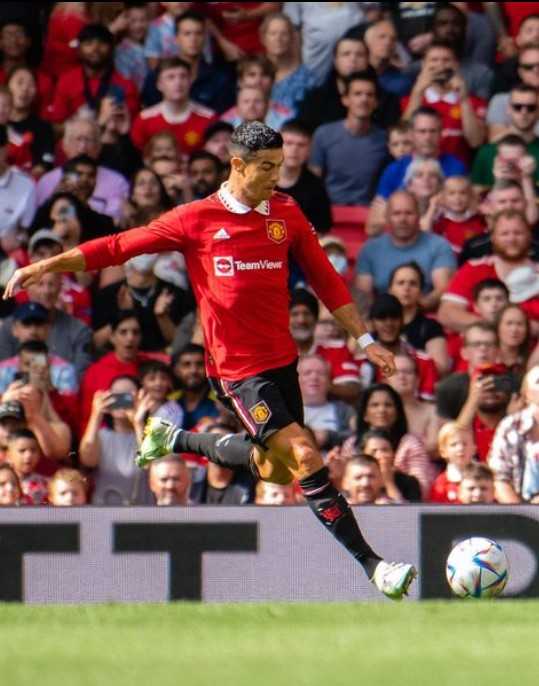 The Merseyside Police have now closed the matter.

Sky News quoted the police as saying, “We can confirm that a 37-year-old man voluntarily attended and was interviewed under caution in relation to an allegation of assault and criminal damage.

“The allegation relates to an incident following the Everton v Manchester United football match at Goodison Park on Saturday April 9.

The caution does not amount to criminal conviction, but this can be used against Ronaldo if he repeats similar behaviour in the future.

The famous footballer had apologised and invited the fan to watch a game.

Ronaldo’s apology had read, “It’s never easy to deal with emotions in difficult moments such as the one we are facing. Nevertheless, we always have to be respectful, patient and set the example for all the youngsters who love the beautiful game. I would like to apologize for my outburst and, if possible, I would like to invite this supporter to watch a game at Old Trafford as a sign of fair-play and sportsmanship.”

Ten days later, Ronaldo had announced the death of one of his twins.

Manchester United have made a disastrous start to their new Premier League season by suffering two back-to-back defeats.