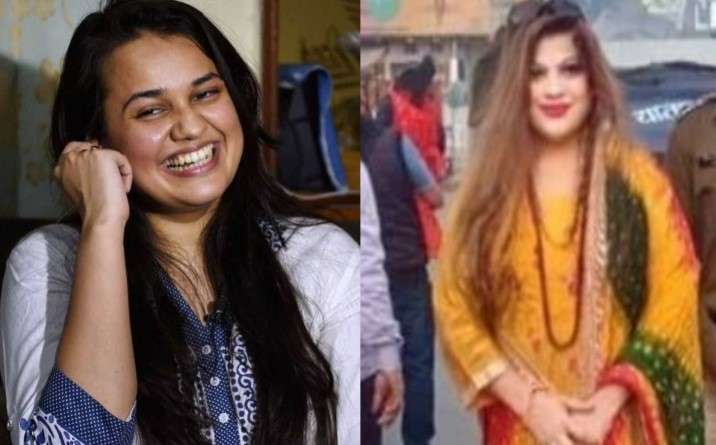 Former Samajwadi Party candidate in assembly polls, Roli Tiwari Sharma, shared a couple of screenshots from media reports to take a dig at Tina for her decision to avail the reservation in the UPSC exam. Mishra asked if it was appropriate for a financially well-off Tina to become an IAS officer when the same could have been availed by a more-needed Dalit candidate.

Mishra wrote, “My constitutional knowledge is weak so I want to know. BSNL’s high ranking officer Jaswant Dabi, highly privileged millionaire Himani Dabi of Indian Engineering Service and their privileged but so-called Dalit daughter Tina Dabi and her IAS husband Pradeep (Gawande) and their billionaire future children, will they also get a caste-based reservation?”

Coming to Tina’s defence was journalist Dilip Mandal, who wrote, “Your class 10th teacher was very bad or you didn’t attend class? Otherwise you would have known that according to Article 16 (4) of the Constitution “there will be reservation for those backward classes which are less represented”. Reservation is for the class, not the individual. You join school again.”

This is not the first time that Tina has had to face questions due to her decision to avail the reservation in the UPSC exams despite hailing from a relatively affluent family. Immediately after she was declared the IAS topper in the 2016 UPSC exams, a few unsuccessful candidates had taken to social media to slam a system where one would become an IAS officer by availing the reservation despite securing less marks than those appearing in the general category.

Also Read: IAS topper Tina Dabi Khan bares her soul, says ‘I am the only topper, who was made to feel bad about her success’ because of Dalit background

Tina had bared her soul in a TEDx speech as she recalled the hounding on her IAS success. Tina had said that she was the only IAS topper, who was made to feel bad about her achievement because of her Dalit background.