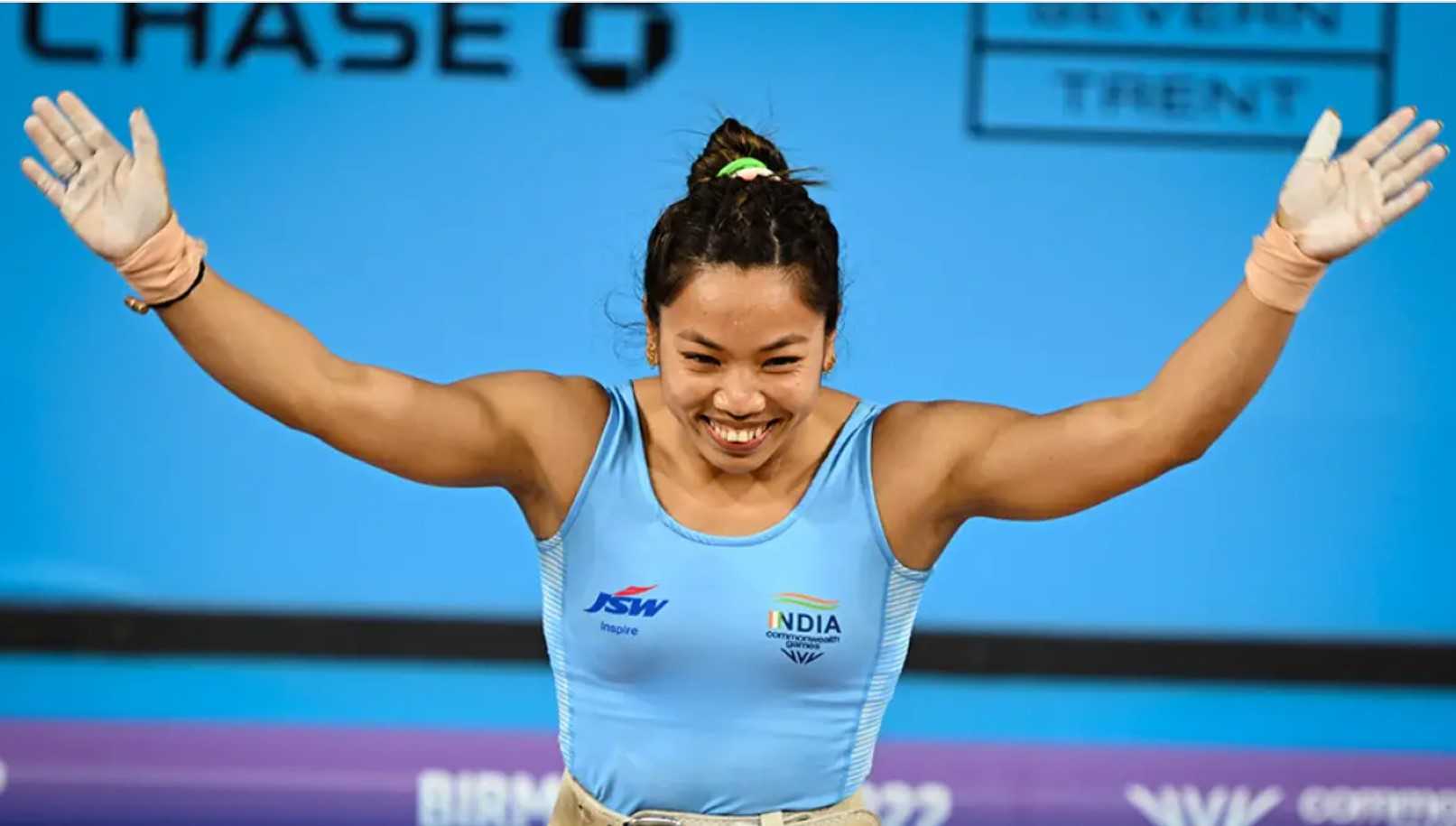 27-year-old Chanu lifted a combined weight of 201kg (88kg in snatch and 113kg in clean & jerk) to set new Games records in all three categories. Earlier Sanket Sargar and Gururaja Poojary had won Silver and Bronze respectively in weightlifting.

Chanu’s Gold was followed by another silver by Bindyarani Devi, taking India’s medal tally to four in the competition.

President Droupadi Murmu said, “Mirabai Chanu scripts history by winning weightlifting gold medal, setting a new record in #CommonwealthGames. Her first gold medal for India in the ongoing Games has created a wave of joy & celebration across the country. Well done, Mirabai! India is proud of you & your medals.”

West Bengal Chief Minister Mamata Banerjee wrote, “Many congratulations to @mirabai_chanu for winning the Gold Medal and setting a new record at the Common Wealth Games at Birmingham. The entire nation is immensely proud! May you shine to even greater heights.”

Speaking after the competition,Chanu said that she had never lifted 88 kg and even tried 90 kg and was so pleased with her performance.