Chennai Super Kings on Tuesday returned to winning ways as they defeated Sunrisers Hyderabad by 20 runs in a key IPL match, being played in the UAE. 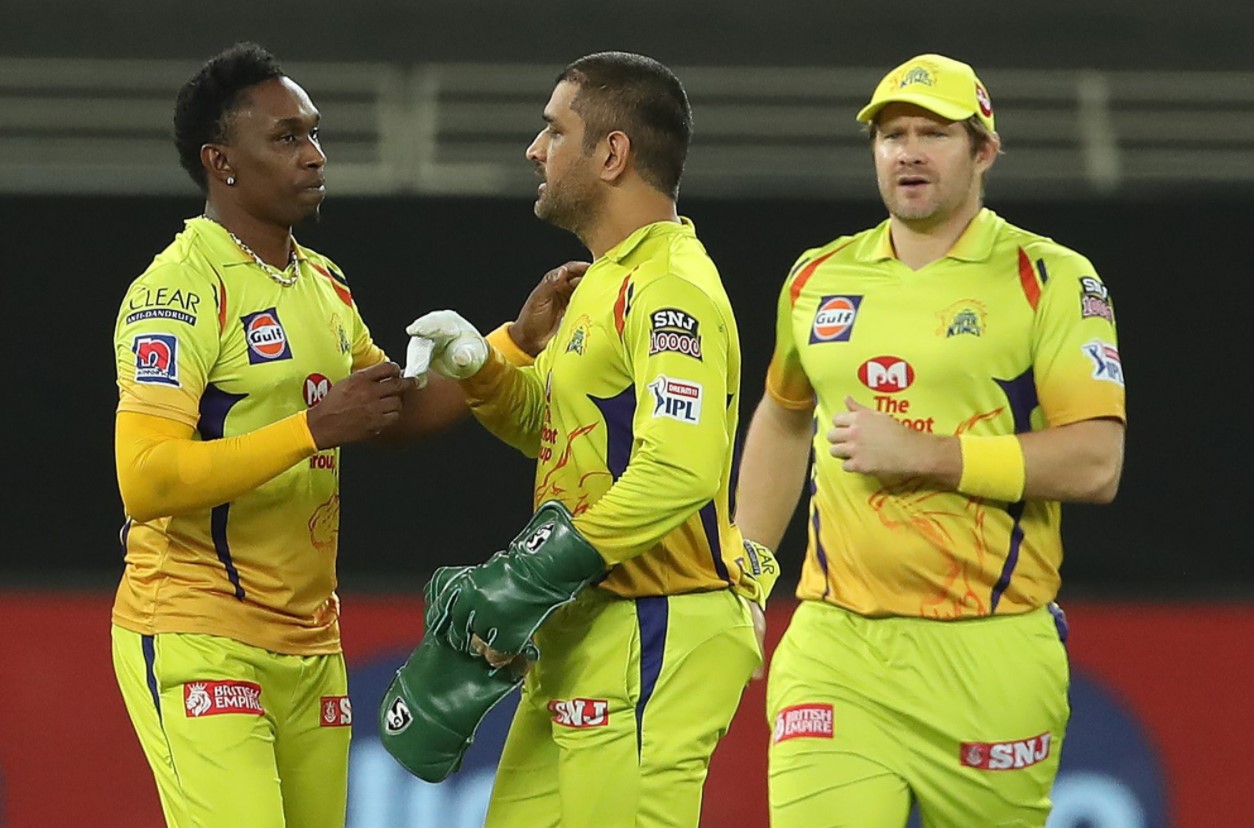 Batting first, Chennai Super Kings had posted a total of 167-6 in 20 overs with Shane Watson and Ambati Rayudu scoring 42 and 41 respectively. Sam Curran scored a quickfire 31, while Ravindra Jadeja remained unbeaten at 25.

In reply, Sunrisers Hyderabad could only score 147-8 in 20 overs.

Reacting to his side’s win, Dhoni said, “I think ultimately what matters is you get two points. What T20 has shown is you have a few games that don’t go in your favour, at the same time sometimes you don’t earn wins. Today we did well, with the batting intent. This was one game as close to perfect as possible. One or two overs we could have been slightly better, but it was a very good game. I think it was a par score. I usually assess scores depending on the first six overs. A lot depended on the fast bowlers. I told them to be expressive. You don’t have to try and swing it. The wicket was two-paced. What was needed was good execution of the plans and they did that. To a big extent, yes pitches like this help us. We had that one space, the Indian batter – wouldn’t have been fair to bat him 7 or 8 with Curran going up. that’s why we had the luxury to play Chawla. Curran is a complete cricketer for us and you need that seaming allrounder. He strikes the ball nicely, he can bat up the order, he plays spinners well. He can give us those 15-45 runs if you need momentum. I feel as the tournament progresses, he’ll get even more comfortable with death bowling. That’s one of the reasons we kept him away at the death. There’s plenty we can improve, but we are good right now. I think we need to think more about the process. You keep winning the games, the points table will take care of itself. No point looking at the table, but we’ll still look at what we can improve. What’s important is to not brush anything under the carpet just because you’ve won the game.”

His Hyderabad counterpart, David Warner, said, “The chase didn’t take flight. The wicket was a tad on the slow side. Without the extra batter, you almost err on the side of caution. We wanted to take it deep. But this is what happens in cricket, you can’t win always. You’ve got one big boundary and you’ve got to rely on power, so obviously there are things we’ve to go back to the drawing board. I thought 160 was the right total to go after. Anything above that was going to be difficult, after we lost two wickets. If you’ve got teams that swing the ball, it’s difficult to come at them. You’ve got to have clear minds, whether you’re walking out or sitting deep in the crease. They’re the challenges in the game. I think with our team and the depth that we have, we’re always going to be one short either way. Would have been nice to have an extra batter today but you’ve got to weigh the pros and cons.”

Ravindra Jadeja was adjudged Man Of The Match.

Prior to today’s match, Chennai Super Kings had won only two out of their seven matches played in the competition. The victory against Sunrisers Hyderabad is bound to boost the players’ morale to return to winning ways. Mahendra Singh Dhoni’s side has won the IPL on three occasions. Only Mumbai Indians have won the competition more than them- on four occasions.

There has been plenty of pressure on Dhoni to deliver with the former India captain facing a brutal attack on social media by sick trolls. Many had issued even rape threats to Dhoni’s 6-year-old daughter Ziva for the CSK’s poor showing in the IPL. The Gujarat Police recently arrested one 16-year-old boy in connection with the rape threats issued to Dhoni’s daughter.