India’s bowling sensation Umran Malik has rejected the comparison with Waqar Younis saying that he never followed the former Pakistani bowler. Malik, who was named the emerging player of the year in the just-concluded IPL, named his bowling idols. 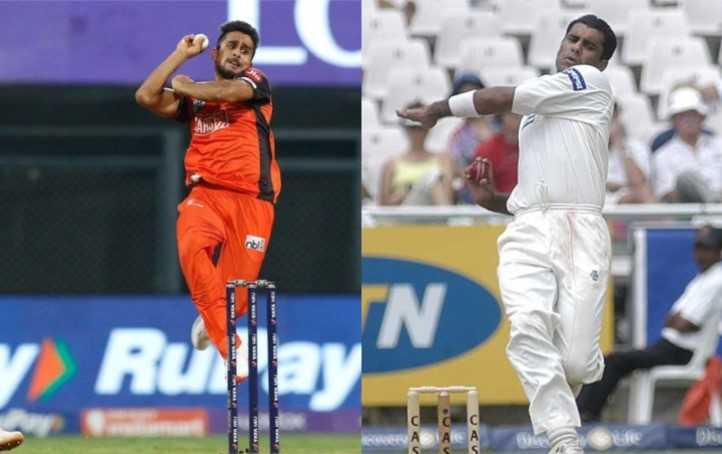 Former Aussie speedster Brett Lee had recently told ANI that Umran Malik reminded him of Waqar Younis. Reacting to the comparison, Umran told Indian Express, “I have not followed Waqar Younis. I have a natural action. My idols include (Jasprit) Bumrah, (Mohammed) Shami and Bhuvneshwar (Kumar) bhai. I used to follow them when I was playing while coming through the ranks.”

Umran played 14 IPL games this season and took 22 wickets including a five-wicket haul. In every single match played by him, he won the award for bowling the fastest delivery. He was later named in the Indian squad touring South Africa for to play five T20 matches.

Umran caught the imagination of cricketing greats with his sheer pace as he bowled 157kmh delivery in one match. Many feel that he’s capable of breaking the record of the fastest-ever delivery bowled by Pakistan’s Shoain Akhtar during a World Cup match against England in Cape Town in South Africa in 2003.

Umran was later felicitated by Jammu and Kashmir Lieutenant General Manoj Sinha. The young bowler has, however, said that he was not going to be carried away by the unprecedented success.

“There’s no point getting carried away. If it is destined to happen, it will Inshallah. I want to do my best for my country. I have got an opportunity in these five (T20I) matches (against South Africa). My goal will be that we win all five matches, I perform well and single-handedly win those games for India,” the 22-year-old bowler said.