The controversy over BJP spokesperson Nupur Sharma’s objectionable comments about Prophet Muhammad (Peace Be Upon Him) has snowballed into an international controversy after Saudi Arabia became the latest Mulsim country to register its official outrage. 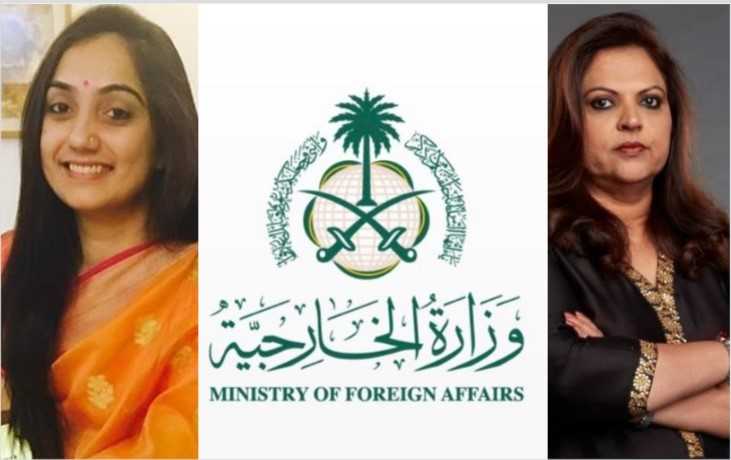 A statement from the Saudi Foreign Ministry read, “The Kingdom of Saudi Arabia expresses its condemnation and denunciation of the statements made by the spokeswoman of the Indian Bharatiya Janata Party, which insult the Prophet Muhammad, peace and blessings be upon him.”

The hard-hitting statement from Saudi came after Qatar, Kuwait and Iran summoned Indian ambassadors in their respective countries to official register their protest against the insulting comments used by Sharma for Prophet Muhammad (PBUH).

Earlier there were reports of supermarkets in Saudia Arabia, Kuwait and Bahrain removed Indian products to protest against insulting remarks made for Prophet Muhammad (PBUH) by a close aide of Indian Prime Minister Narendra Modi.

Pakistan too issued similar statement condeming the remakrs. “Strongly condemn and reject the totally unacceptable derogatory remarks by BJP officials about Holy Prophet Muhammad (PBUH). This has deeply hurt sentiments of Muslims in Pakistan, India & across the world,” the Pakistani foreign ministry tweeted.

Qatar’s Deputy Foreign Minister Lolwah Alkhater minced no words when she tweeted, “The Islamophobic discourse has reached dangerous levels in a country long known for its diversity & coexistence. Unless officially & systemically confronted, the systemic hate speech targeting #Islam in #India will be considered a deliberate insult against the 2 billion Muslims.”

Meanwhile, demand for the arrest of Times Now editor Navika Kumar has gathered momentum as netizens said that she was the main enabler as she deliberately did not intervene when Sharma was hurting the sentiments of Muslims across the world.