BJP MP Manoj Tiwari has deleted his tweet claiming that Home Minister Amit Shah had tested negative for COVID-19. However, he was left red-faced after Shah’s ministry said that no test had been conducted on the home minister. 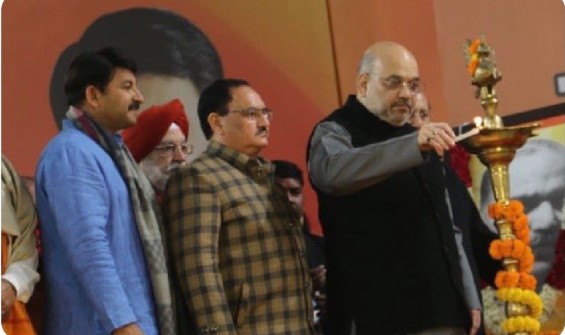 Tiwari, who has now deleted his tweet (see below), had written, “The country’s respected Home Minister Amit Shah’s COVID report has come negative.” 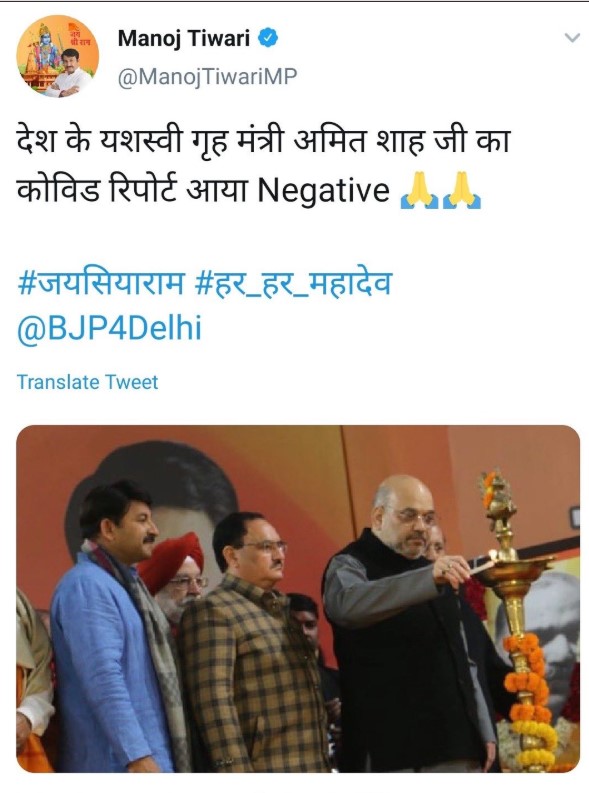 News agency ANI later quoted sources from Ministry of Home Affairs as saying that the COVID-19 test of Home Minister Amit Shah had not been conducted so far.

On 2 August, Shah had revealed that he tested positive for COVID-19 and had to be hospitalised. He was later admitted to Gurgaon’s Medanta Hospital.

A group of ‘journalists’ had faced public ridicule after they all tweeted identical social media posts quoting unnamed sources about Shah’s health. Shah’s testing positive for coronavirus assumed significance in light of his last cabinet meeting where he was seen next to Prime Minister Narendra Modi. In his tweet, Shah had urged those, who came in contact with him, to isolate themselves.

But the usual suspects in the Indian media had made desperate attempts to highlight that Modi did not need to isolate himself since he was meant to travel to Ayodhya for laying the foundation of the Ram Temple.