Days after comedienne Bharti Singh pulled off perfect revenge on husband Haarsh Limbachiyaa in the presence of Sara Ali Khan’s director Rohit Shetty, the husband-wife duo locked horns once again on the sets of India’s Best Dancer. This was after a contestant went down on her knee to formally propose to Haarsh prompting the latter to shockingly reveal that even his wife Bharti had never proposed to him. 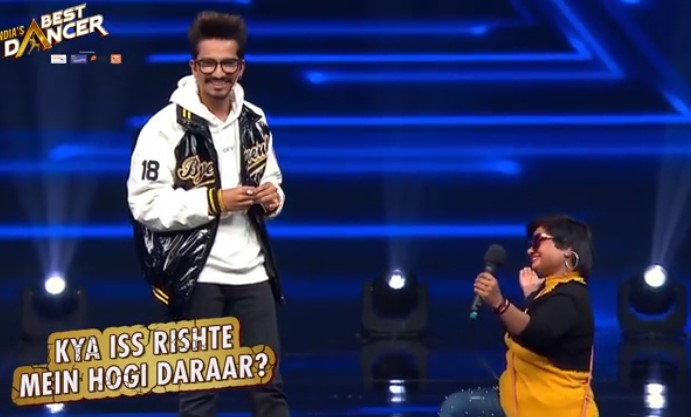 A promo shared by Sony TV showed Haarsh in conversation with a contestant of the dance reality show. She said, “I want to propose to him (Haarsh).” The announcement drew rloud round of laughter from the show’s judges namely actress Malaika Arora, choreographers Geeta Kapoor and Terence Lewis.

A post shared by Sony Entertainment Television (@sonytvofficial) on Mar 7, 2020 at 1:01am PST

Haarsh said jokingly, “Even my wife has not proposed to me to date.” Bharti, who was about to appear on the stage, decided to confront the contestant as she asked mockingly, “Do you know that he’s a married person?” Unfazed by Bharti’s aggression, the contestant said, “I know that there should be on gharwali (wife) and one baharwali (illegitimate mistress).”

Bharti and Haarsh are the hosts of Sony TV’s India’s Best Dancer. Both have recently been seen on rival Colors TV after both made guest appearances to cause laughter riots. Haarsh was seen flirting with Karishma Tanna prompting Bharti to flirt with Rohit Shetty in a bid to pull off perfect revenge.